Now that 2017 is in the rearview, it's time for some fresh blood.

At the beginning of each year we see an influx of new artists ready to impress the masses with their own particular brand of music. The Adeles, the Drakes and the Calvin Harris' of the world all had to start somewhere. Identifying the best of the best of the new crop set to make their mark on 2018, we've compiled a list of who you need to be paying attention to this year, and we're pretty sure you'll enjoy listening to their music as much as we do.

According to her Facebook page, IAMDDB is a "wave of Clouds and Vibes. New Era. Urban. Jazz." Like a fusion of 6LACK, Bryson Tiller and Sadé, the 21-year-old creative from Manchester (via Portugal and Angola) is one of those artists whose name at present is firmly on the lips of influencers everywhere. Showing her versatility across tracks like "Shade", "More", "Doobies" and "Leaned Out", she's one of the hottest tips for 2018, both in music and fashion.

He might be from Liverpool but Louis Berry's sound could be categorised as rockabilly. But it's not all he wants to be known for. Already planning on expanding on the sound that saw his debut record, ".45", be named Radio 1’s Hottest Record in the World, Berry wants to make sure that sometime in the future he embraces the slower side of his art, "the stuff that's deeper." Throw artists like Johnny Cash, Brian Fallon, Elvis Presley and Ray Lamontagne into a pot, stir it up, and sprinkle a bit of Plan B - during his The Defamation of Strickland Banks era - into the mix and you've got an idea of the potential this young rock 'n' roll troubadour is capable of. 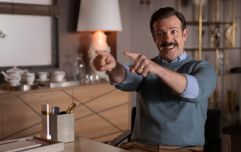 END_OF_DOCUMENT_TOKEN_TO_BE_REPLACED

If you've never seen Youngr's (real name Dario Darnell) live reworking of Temper Trap's "Sweet Disposition" then you need to, immediately! It's like watching a wizard at work, but instead of a wand he's armed with keyboards, drums, guitars and so much more. His music - electronic in nature but coupled with live instrumentation - leaves you in a euphoric trance each and every time. It's actually wonderfully scary. His music has a connecting quality that cuts through some of today's static. Formerly of the duo Picture Book (alongside his brother Lorne) and the son of tropical pop maestro Kid Creole (of Kid Creole and the Coconuts fame), if his new single "Give It Up", featuring Endor, is anything to go by then 2018 is going to be a big one for Youngr.

Having already had a pretty successful year after playing at 2017's Country to Country Festival, supporting Canaan Smith on his UK tour, and then releasing her Starting From Now EP, Catherine McGrath - often dubbed Ireland's answer to Taylor Swift - is set to have an incredible 2018. With Country music's appeal growing rapidly this side of the pond, Catherine's youthful charm and undiluted talent is the perfect go to for those wanting to sample something a little less stereotypical in the world of Country and with leanings towards pop.


Gaining many new fans thanks to the release of his impressive debut album, Riding in Cars with Girls, Oakland's 1-O.A.K. seemed to gain notoriety the old fashioned way in 2017; by word of mouth. Briefly wrestling the attention away from Bryson Tiller with an album that seemed so much more organic and purer than the T R A P S O U L artist's sophomore project, 1-O.A.K.'s album landed on quite a few end of year lists - a surprise to him but not to those that have heard it. In 2018 he promises us a few new projects, including a collaborative effort or two with some Bay Area legends. 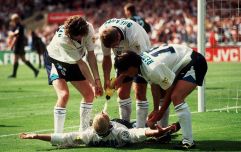 Who should play Paul Gascoigne in the film of his life?

END_OF_DOCUMENT_TOKEN_TO_BE_REPLACED

Do you miss the erratic freedom punk music once brought to the world? If so then it's probably time you get on the Shame train before it leaves the station. While sonically not always loud and brash, they do however adopt a slight anti-establishment front from time to time - listen to "Visa Vulture", a crude love song dedicated to Theresa May. A fivesome from South London, the band started in the piss-stained trenches. Thanks to their wit and the authenticity of their music and its message, Shame are now heavily decorated soldiers, recognised as a notable gang of misfit artists with charm and integrity who aren't afraid to tackle any of today's social issues.

Smino's an interesting character. Taking elements of Anderson .Paak, Andre 3000, Erykah Badu and Kendrick Lamar, yet still having a glaringly obvious streak of originality, the quality of both his production and vocals is consistently refreshing. It's becoming less and less common in Hip Hop music that an artist is able to release regular records where the backdrop and the way in which the artist delivers his/her words are both of a high standard. It usually seems like one or the other is lacking. Smino debunks this trend. Just listen to "Netflix & Dusse", "Anita" and his COLORS performance, the production is always top notch and the way in which he sings/raps is organically intricate. 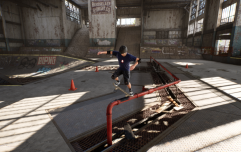 END_OF_DOCUMENT_TOKEN_TO_BE_REPLACED

Picking up where Wild Beasts left off when they announced back in September that they would be disbanding after 15 years together, Stereo Honey are a lusciously wavy sounding four-piece band of merry men from London who will without doubt captivate listeners in 2018. December saw them release their debut EP, Monuments, and it's special - it's also just the tip of the iceberg.

There's a familiar feeling to Odette's music. It's warm. It's friendly. The cross-pollination of poetry and soul feels new, even though it's been done a bunch of times before. Like an early Adele, Odette is one of those artists whose potential is obvious - "Watch Me Read You" is evidence of this. Unexpectedly taking off - well, unexpected in Odette's eyes - the song garnered huge support from radio and digital press upon its release. "Collide" is another delicately powerful song in the singer's repertoire, but this one builds a bigger sound on the backend with the bass thumps giving some serious weight to the love tug of war she's embroiled in.

With a Top 10 record already under his belt in the form of "Bestie" with Yungen, things are already beginning to take off for the young rapper from East London. Named after the Batman villain because he didn't like to show his face when he first started his journey into music, he earned some major props early last year for his take on Ed Sheeran's "Shape of You". His latest track, "Rihanna", is already sitting at 14.7 million views and is growing rapidly as he prepares to invade festival stages everywhere this summer.

How many British artists can say their first live performance in the U.S. was at a sold out Madison Square Garden? Well, Manchester band Pale Waves can. Out there holding down the support slot for fellow Mancunians The 1975, talk about an early shot of inspiration, some people never get that opportunity. An indie pop four-piece that toes the line between The Wombats and VersaEmerge, their song "Television Romance" is every bit 80s soundtrack fodder as it is modern day attractive pop. Fronted by the unconventionally stunning Heather Baron-Gracie - someone who, with her cute-but-confident glowing aura and piercing green eyes, has the power to demand your immediate attention - don't be surprised if you start seeing her pop up in commercials for some of the world's biggest fashion brands in the coming months.

While she's been bubbling on the scene for a couple of years, it was a very public Nicki Minaj co-sign that helped tip Ms. Banks over the edge and put her on the lips of those that might not have previously been aware of the South London rapper. Whether it's dancehall-tinged tracks such as Liza Mercedez' "Yu Zimme", grime bangers like her own "OMG", or her much talked about Fire in the Booth with Charlie Sloth, Ms. Banks has something in her arsenal for every situation.


You may already be aware of Jessie Reyez thanks to her vocals being featured on Calvin Harris' "Hard to Love", taken from last year's Funk Wav Bounces Vol.1 EP. Or perhaps you've already been turned on to the Columbian-Canadian singer's debut EP, Kiddo. Whether you have or haven't, she's an artist worth your time and more. Offering a whirlwind of emotion with each song, Jessie's music is personal. It's personal in an Amy Winehouse Back to Black type of way. Listen to "Figures", or better yet, watch her spine-tingling live performance on The Tonight Show Starring Jimmy Fallon, and you'll understand the type of talent this young lady is working with. If you don't know, get to know.

With his musical blueprint all over A$AP Rocky's sophomore album, At.Long.Last.A$AP - including on the Kanye West-assisted "Jukebox  Joints" - Joe Fox caught the attention of the rapper after attempting to sell him a mixtape on the streets of London. Not one to ever really crave fame, he's now in a position to be pretty damn famous for his brand of acoustic street soul. Snapped up by Island Records, things look pretty bright for the once homeless busker whose recent tracks, "What's the Word", "Aftershow" and "Sweet Song" are a welcomed taster of things to come.

Avelino is no stranger to the spotlight. Aside from spitting alongside the likes of grime heavyweights Skepta and Stormzy, he's also one half of Young Fire, Old Flame, a duo formed in collaboration with Wretch 32 - the pair's Fire in the Booth freestyle has generated almost 6 million views on YouTube. After laying the groundwork behind-the-scenes for a number of years, October saw Avelino's album, No Bullshit, liberated. This year he'll be focused on making himself a household name using his latest body of work as the bait.


popular
This weight training trick builds 50% more muscle in just eight weeks
QUIZ: You can't get 10/10 in this extremely frustrating geography quiz
Commentator runs out of words for Adama Traore, makes car noises instead
QUIZ: Name the US States which contain the letter ‘R’
Is it possible to build muscle and lose fat at the same time?
QUIZ: Whose face have we mashed Neil Warnock with?
Ben & Jerry's calls out Priti Patel over UK's treatment of migrants

You may also like
Music
Jessie Reyez talks crashing Corvettes, fan love and dying a legend
Music
Jessie Reyez: "Making a list of affirmations helped me with my depression"
Music
Calvin Harris teams up with Sam Smith on new song "Promises"
Music
I went to Norway for a music festival and fell in love with the city of Bergen
Music
5 best performances at Norway's incredible music festival Bergenfest
Next Page