Police are searching for him.

A gunman who was accused of shooting and seriously wounding Lady Gaga’s dog walker and then stealing her two French bulldogs has been mistakenly released from prison. 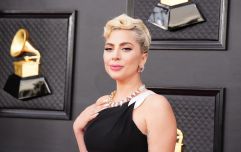 END_OF_DOCUMENT_TOKEN_TO_BE_REPLACED

19 year old James Jackson was facing charges of attempted murder when he was released from Los Angeles County’s jail on Wednesday “due to a clerical error”, the Sheriff’s Department said.

A spokesperson said that the sheriff’s Major Crimes Bureau is working on finding him.

He is one of five people who were arrested in connection with the attack in Hollywood on February 24 2021, with prosecutors saying that he and two other alleged gang members had driven around looking for expensive French bulldogs to steal before spotting Gaga's dog walker.

They then tailed and robbed Ryan Fischer as he walked along Sunset Boulevard, where he was hit, choked and then shot which was all captured on a doorbell camera nearby. 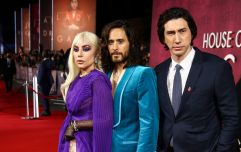 These 'House of Gucci' memes proves the internet remains undefeated

END_OF_DOCUMENT_TOKEN_TO_BE_REPLACED

The camera picked up Ryan shouting“Oh, my God. I’ve been shot!” and “Help me!” and “I’m bleeding out from my chest”. He later lost part of his lung.

“While I’m deeply concerned at the events that led to his release, I’m confident law enforcement will rectify the error,” Fischer said in a statement obtained by KABC-TV. 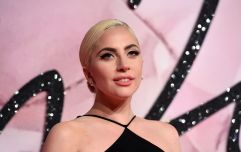 END_OF_DOCUMENT_TOKEN_TO_BE_REPLACED

“I ask for Mr Jackson to turn himself over to the authorities, so resolution to the crime committed against me runs its course, whatever the courts determine that outcome to be.”

Gaga's dogs were later returned after a woman claimed she had found them tied to a pole with a reward saying Lady Gaga was offering $500,000 for them to be returned with "no questions asked."

Jackson already pled not guilty when the county district attorney’s office filed a superseding indictment on Tuesday charging him with attempted murder, conspiracy to commit a robbery and assault with a semiautomatic firearm.

popular
Groom shocks wedding by playing video of his bride cheating with her brother-in-law
Man has hand 'chopped off' outside working men's club in attack like 'a horror film'
FIFA consider moving start date of 2022 World Cup
Microphone picks up fiery spat between Tom Newton Dunn and Liz Truss following leadership debate
Some Stranger Things fans are now trying to cancel Metallica
Runner finishes last in 400m race as penis keeps falling out of shorts
Manchester United 2022/23 third kit 'leaked' online ahead of unveiling
You may also like
News
Lady Gaga says record producer raped her at 19 and ‘dropped her off pregnant on street corner’
Music
Lady Gaga to pay her dogwalker's £70k medical bills after he was shot
Entertainment
Lady Gaga's dog walker shot as her two dogs are stolen
Music
The JOE Music Quiz: Week 16
Entertainment
‘Zombie Boy’ model Rick Genest has died at age 32
Next Page