Giles Coren is not a happy bunny

Giles Coren has fully lost it and gone on a lengthy rant about Love Island and its contestants.

During an evening that saw former chancellor of the exchequer George Osborne admit he was watching the show, fellow Tory Giles Coren piled in with some hot takes.

TV presenter Coren, from shows like The F-Word and Back in Time for Dinner, said: "Jesus, #LoveIsland is some evil, lowbrow, intellectually apocalyptic megasexist bullshit. 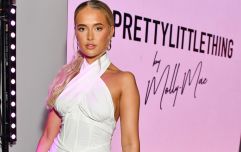 END_OF_DOCUMENT_TOKEN_TO_BE_REPLACED

"In a world where after 90 years they have finally eradicated swimwear from Miss USA, how can people be watching this vomitous filth in bikinis and high heels? It is not okay.

"What are these noises the women make instead of words - like children on a rollercoaster.

He then quote tweeted Osborne's admission with the comment: "Well fucking don’t, George. It is evil, patronising, world-ending bullshit. It is is thick chavs dying on screen to amuse the bourgeoisie. It is the fucking Coloseum for 2018."

Well at least he's made his feelings clear.