Gary Oldman is one of Britain's finest actors...and we don't say that lightly.

It's only when you look back at his filmography that you truly see the incredible diversity of roles he's played...and there are probably a few you didn't even realise he was in. 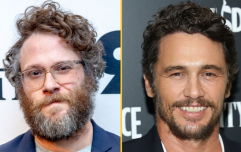 END_OF_DOCUMENT_TOKEN_TO_BE_REPLACED

But such is his expansive repertoire, that he's portayed a full repertoire of characters from Sid Vicious in Sid and Nancy and killer Lee Harvey Oswald in JFK to Count Dracula in Francis Ford Coppola's romance-horror Bram Stoker's Dracula.

So after playing a punk, a football thug, a spy chief and a bent cop, nothing should really surprise us about where Oldman turns next.

And yet we were still astonished to see the Londoner transformed into Britain's wartime leader Winston Churchill.

The 58-year-old Oscar nominee is taking on the role of the iconic Second World War leader for Darkest Hour which portrays Churchill stepping up to be PM as Britain faced down the Nazis. 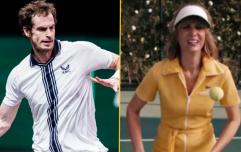 END_OF_DOCUMENT_TOKEN_TO_BE_REPLACED

As you can probably see from the image, Oldman has gone balls out to absolutely nail his Churchillian look for the Joe Wright-directed film which is out next year.

Oldman looks damn near unrecognisable as the British leader.

The film is set in 1940, when Churchill stepped up to be Prime Minister following the resignation of Neville Chamberlain.

The former naval officer took over at Number 10 and brought the fight to the Nazis, famously declaring Britain would never surrender in his iconic ‘We shall fight them on the beaches' speech.

Within days of becoming Prime Minister of Great Britain, Winston Churchill must face one of his most turbulent and defining trials: exploring a negotiated peace treaty with Nazi Germany, or standing firm to fight for the ideals, liberty and freedom of a nation.

As the unstoppable Nazi forces roll across Western Europe and the threat of invasion is imminent, and with an unprepared public, a skeptical King, and his own party plotting against him, Churchill must withstand his darkest hour, rally a nation, and attempt to change the course of world history

The film, which is expected to be released to be November next year, also stars Ben Mendelsohn as King George VI, and Kristin Scott Thomas as Churchill’s wife, Clementine.