Fyre Festival promoters Fuckjerry are being sued for stealing a meme

Fyre Festival promoters and social media whizzes Fuckjerry are being sued for allegedly stealing a meme and using it to promote their tequila brand, JAJA. 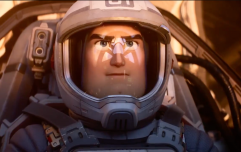 END_OF_DOCUMENT_TOKEN_TO_BE_REPLACED

The business behind the immensely popular Instagram account is often criticised for reposting and stealing online content without the creator's consent - accusations of which increased considerably following the release of both Fyre Festival documentaries earlier this year.

The meme in question included two screenshots of a conversation about drinking where one person states that they left a party early via an Uber and the other responds saying, "we drank at your place".

Fuckjerry reposted the meme with the caption: “Me after my 6th glass of @JAJA.” 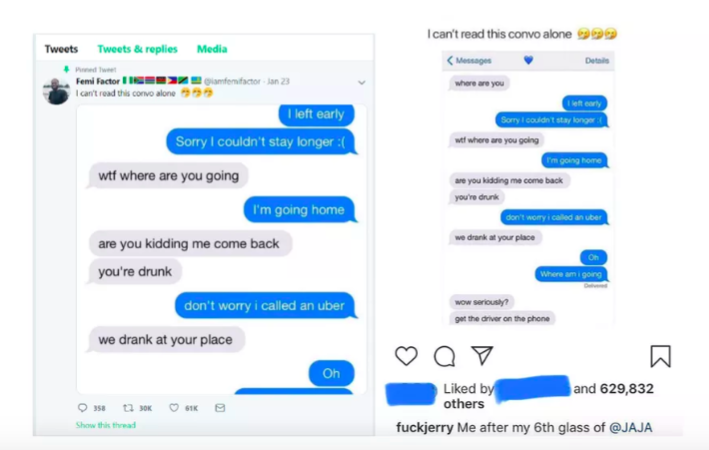 The Verge reports that Jerry Media, which owns Fuckjerry, is being sued by a social media personality based in Nigeria, who claims that the group violated copyright law by using the meme to promote their own brand.

In a statement, the company said: “This is a frivolous lawsuit and we intend to defend it vigorously."

Fuckjerry received much social media attention off the back of the Fyre Festival documentaries. 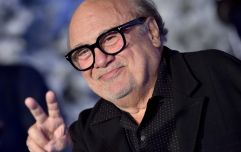 END_OF_DOCUMENT_TOKEN_TO_BE_REPLACED

The company's role in promoting the disastrous festival that never happened involved co-ordinating and scheduling social media posts leading up to the event.

Fuckjerry also produced the Netflix film about the festival in partnership with Vice.

popular
'My disabled client and I have great sex - he has same needs as everyone else'
Miralem Pjanić rubs salt in the wounds after Koeman sacking
Cristiano Ronaldo announces his girlfriend is pregnant with twins
Influencer criticised for photoshoot at her dad's funeral
Man knocked out in single punch by ASDA security guard and dragged across floor by his hoodie
Toys R Us returning to the UK four years after it went bust
Jada Pinkett Smith admits she had to lower her sex expectations of Will Smith
You may also like
News
Influencer criticised for photoshoot at her dad's funeral
Social Media
Donald Trump's Truth social media platform has already been hacked
News
Trump - who lied 30,573 of times as US president - launches 'Truth' social media site
Comment
Nigel Farage's Cameo 'prank' videos are part of a darker trend on the app
News
Nigel Farage says another IRA slogan in latest Cameo trick
Next Page