FM17 is out, here are 14 of the best teams to manage if you love a challenge

The Football Manager beta landed on our laptops on Tuesday to much fanfare and complaints about Brexit, and unless you had the foresight to book the rest of the week off then this weekend is probably your first opportunity to really sink your teeth into the latest incarnation of the series.

Any right-minded Football Manager fan probably spent the summer scanning every transfer, and every promotion and relegation, with one eye on deciding who they would manage when FM17 was released. Some of you reading this probably even spent Euro 2016 noting down the names of the players you’d be hoping to sign. 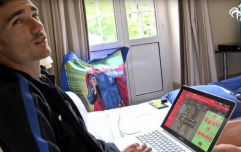 13 things you think only you do when playing Football Manager

END_OF_DOCUMENT_TOKEN_TO_BE_REPLACED

But what if you haven’t decided who you want to take charge of yet? Then you’re in luck, because here are 14 teams you might want to test your managerial mettle against in order to discover if you’re more of a Pep Guardiola or a John Carver. 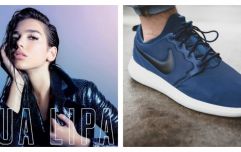 END_OF_DOCUMENT_TOKEN_TO_BE_REPLACED

Last season was like a real life version of Football Manager as Leicester City defied the odds to be crowned Premier League champions. This season, however, their efforts to retain their title have started off poorly, but their first jaunt into the Champions League have been fruitful.

Can you achieve the impossible by winning back to back titles with the Foxes, or help them bring home the biggest prize in European club football?

While it was a season to remember for Leicester City, it was one to forget for Newcastle United as they suffered a humiliating relegation to the Championship. However, with the players and the budget to make an immediate return, can you get them promoted back to the Premier League and then build on that to win some silverware for their loyal fanbase?

At the opposite end of the Championship scale are Burton Albion, a non-league side as recently as 2009, they now find themselves just one promotion away from the Premier League’s big budgets. Can you go toe-to-toe with the likes of Aston Villa and Norwich City, and give the Brewers a fairytale ending to their monumental rise?

If you wanted to take the helm of the Class of ‘92’s pet project on Football Manager 2016 then you had to familiarise yourself with the editor, but thanks to their promotion from the Northern Premier League they now find themselves in the game.

There are no guarantees that a virtual Gary Neville or Paul Scholes will attend your games, but can you take Salford City to the Premier League and rival your Greater Manchester neighbours?

Depending on who you ask Rangers are either Scotland’s most successful team, or a club that was formed in 2012 and have had a meteoric rise. Either way, the blue half of Glasgow now find themselves in the top tier and ready to do battle with their local rivals. Are you the brave soul to take on Joey Barton and bring either a 55th, or a first, title to Ibrox?

Last season Edinburgh City became the first Scottish side to gain promotion through the rejigged play-off system, with the added bonus of making their way onto Football Manager 2017. Are you the manager to take the part-timers from Scotland’s capital all the way to the Scottish Premiership?

The current Irish champions caused a stir by coming just one fixture away from making the Champions League, and then becoming the first League of Ireland side to pick up a victory in a European group stage match. However, Football Manager 2017 gives you the opportunity to rewrite history and take them into Europe’s premier club competition - can you do the unthinkable?

Champions League winners in 2010, Internazionale have failed to build on that success and last year they finished 24 points behind Serie A winners Juventus. Over the summer, and thanks to Chinese investors, they hoovered up Football Manager favourites João Mário and Gabriel Barbosa but at a cost; they failed FFP and didn’t name their new players in their Europa League squad. Are you the manager to succeed where Frank de Boer is failing and awaken the fallen giants?

Once upon a time Parma could field a team including the likes of Gianluigi Buffon, Lilian Thuram, Juan Sebastián Verón and Hernán Crespo, but nowadays they’re sat in the third tier of Italian football. Still two promotions away from a return to Serie A, can you take them back there and build a side that will be as fondly remembered as the one that won the UEFA Cup back in 1999?

Leganés, Alavés and Osasuna were all promoted to La Liga at the end of last season but while Alavés and Osasuna have gone up against the likes of Real Madrid and Barcelona before, Leganés haven’t. As if facing Lionel Messi and Cristiano Ronaldo wasn’t enough, they now have to compete with the skewed budgets and television rights of Spanish football. Will you be able to keep the club afloat in La Liga, or even steal a title away from the established elite?

The club formerly known as SSV Markranstädt, RasenBallsport Leipzig were bought by Red Bull in 2009 and immediately became public enemy #1 in German football. Then a fifth division side, they now find themselves in the Bundesliga and up against the likes of Borussia Dortmund and Bayer Leverkusen. Can you take Scottish wonderkid Oliver Burke under your wing and end the dominance Bayern Munich?

13. Any Chinese Super League side

Demba Ba, Hulk, Graziano Pellè, Alex Teixeira, erm… Jô… there’s a lot of talent floating around the Chinese Super League, and a lot of money. The Chinese President has committed to putting a lot of funding into domestic football with the view of becoming a football superpower by 2050. Will you bring more foreign superstars to China, or develop home grown players and help the country win a World Cup?

Rather than deciding which club you want to manage, why not let the clubs decide if they want you to manage them by starting off unemployed. You might end up in the National League South, you might end up in the Australian A-League, but wherever you find yourself managing you’ll need to work hard to make your way to the top.

The Football Manager 2017 beta is live now, and you can still get hold of it by pre-ordering the game through participating retailers. The full game is released on 4th November.

popular
Landlord faces £40k fine after tenant puts swimming pool on roof of flats
James May 'hospitalised after crashing into wall at 75mph filming new show'
Lisa Kudrow hits back at fans complaining about lack of diversity in Friends
Robin Williams' wife shares reason why he killed himself
Jamie Carragher trades Twitter blows with Gary Neville over Glazers tweet
Furious Reading and Leeds ticketholders demand refunds as band replaces Rage Against The Machine
The JOE Friday Pub Quiz: Week 307
You may also like
Sport
Jack Wilshere responds brilliantly to fan's Football Manager criticism of him
Sport
Manchester United to be given a new name on Football Manager
Football
Brexit turned my Football Manager 2021 journey into absolute hell
Sport
Can you tell the real footballers from the Football Manager regens?
Sport
Football Manager: Veteran player hands his team to a rookie
Next Page