Flight of the Conchords forced to postpone UK and Ireland tour

Ticket holders will be contacted about the rescheduled dates

Flight of the Conchords have been forced to postpone their Irish and UK tour dates after Bret McKenzie sustained an injury on tour. 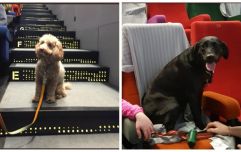 END_OF_DOCUMENT_TOKEN_TO_BE_REPLACED

The comedy duo from New Zealand were due to bring their musical comedy show to the 3Arena on March 25 and April 2.

But it was announced on Sunday that McKenzie had broken two bones in his hand in a "very rock 'n' roll injury" and had been advised by doctors he won't be able to perform for several weeks.

Bret McKenzie said in a statement on the website:

“Unfortunately I’ve broken two bones in my hand today in a very rock ‘n’ roll injury – falling down some stairs.

"The doctors have informed me that I won’t be able to perform for several weeks.

"I’m sorry not to be able to do these upcoming shows but I’m looking forward to coming back and finishing the tour when I have two fully functioning hands.”

UK and Ireland, the tour has been great so far but we are really sorry we have to pause it for now...

Wishing Bret the best and hope he gets bretter soon. https://t.co/eb0pAZv8Rn

Jermaine Clement was quick to add his own statement on social media, wishing Bret "the best" in his recovery.

"UK and Ireland, the tour has been great so far but we are really sorry we have to pause it for now...

"Wishing Bret the best and hope he gets bretter soon."

popular
Groom slammed for going to own wedding to bride, 16, in jeans and t-shirt
The JOE Friday Pub Quiz: Week 295
Topless mum in her undies rescues pet goose from bald eagle in crazy video
Woman reveals cruel reason date dumped her after they had sex for the first time
Confusion as woman appears to fart during viral clip of Depp-Heard trial
Kylian Mbappe asked PSG to sell Neymar and replace him with Ousmane Dembele
Helen McCrory's children give heartbreaking tributes at her memorial service
You may also like
News
Lorry crashes through gates of Russian embassy in Dublin
News
Police making 'significant progress' in Ashling Murphy murder as vigils held across Ireland
News
Protestors call on Dublin Temple Bar pub to "come out and say sorry" over alleged assault
News
Conor McGregor bought the pub where he punched a man and immediately barred him
News
Woman returns from holiday to find dead pet husky wrapped in masking tape by kennel
Next Page