Toy Story fans will be BUZZing about this. See what we did there? Of course you did. Sorry.

A fourth instalment of Disney Pixar's most famous title is set to arrive on the big screen next year - a whopping nine years on from the release of Toy Story 3. 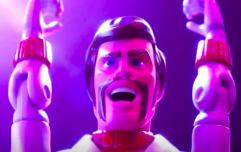 END_OF_DOCUMENT_TOKEN_TO_BE_REPLACED

A post shared to the new film's official Facebook page confirmed the news on Friday, adding that it will reach cinemas on June 21, 2019.

The original film was released in 1995, with its main characters, toys Buzz Lightyear and Woody, belonging to a boy named Andy. However, the last film ended with Andy moving on to college, passing his toys on to a young girl named Bonnie, who is expected to feature in the new film.

At this stage, little other than the film's release date is known, with producers remaining tight-lipped about its script.

It is, however, known that Tom Hanks will be returning as the voice of Woody - as had been the case for the previous three films.

We're sure plenty of you are counting down the days already.