The lead singer of the Eurovision winners Måneskin has been cleared of accusations that he took drugs during the final, an inquiry has found

During the show, footage of the band's lead singer, Damiano David, began to circulate online, which showed the singer bending down over a table with his nose obscured. David rejected the accusations and instead claimed that a glass had been smashed. 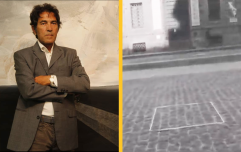 END_OF_DOCUMENT_TOKEN_TO_BE_REPLACED

Fans of the show took to Twitter to defend the band's lead singer.

In a statement, the European Broadcasting Union (EBU) said that Damiano David, the leader of the Italian rock band, had returned a negative result in a drugs test since Saturday's show.

Måneskin, who won this year's contest with the song 'Zitti E Buoni', "strongly refuted the allegations of drug use" that went viral on social media.

The EBU said in a statement: "Following allegations of drug use in the green room of the Eurovision Song Contest Grand Final on Saturday 22 May, the European Broadcasting Union (EBU), as requested by the Italian delegation, has conducted a thorough review of the facts, including checking all available footage. 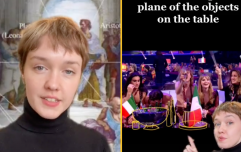 END_OF_DOCUMENT_TOKEN_TO_BE_REPLACED

"A drug test was also voluntarily undertaken earlier today by the lead singer of the band Maneskin which has returned a negative result seen by the EBU.

"No drug use took place in the green room and we consider the matter closed."

The statement added that the EBU was "alarmed that inaccurate speculation leading to fake news has overshadowed the spirit and the outcome of the event and unfairly affected the band."

It is the first time that Italy came out on top since 1990, with Måneskin also becoming the first group to win the competition in 15 years.