Have some decorum Laurel

It was all happening in Emmerdale last night which, when you think about it, is quite like every other night on Emmerdale. 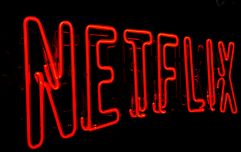 END_OF_DOCUMENT_TOKEN_TO_BE_REPLACED

A car crash, a "near death experience" and some zesty snogging. Let's unpack things in chronological order.

Jimmy's driving but he's got to take a call because business. He routes it to the hands free, naturellement, and spins the car around after learning he has some, er, unfinished business.

But careless Jimmy reverses into Laurel, sending her sprawling across the asphalt. Stupid, stupid Jimmy!

END_OF_DOCUMENT_TOKEN_TO_BE_REPLACED

Apparently unconscious, Laurel's friends rushed to her aid and she was whisked off to A&E where viewers' worries were seemingly confirmed when Jimmy emerged sobbing.

Then lusty Bob shows up, fearing the worst. Fear not lusty Bob, Laurel emerges with only a broken arm. Tis a scratch, nothing but a flesh wound.

Life's great aphrodisiac (a near death experience) kicks in - cut to Laurel and Bob vigorously tonguing each other.

And the fans are pure raging about it.

When I broke my arm I was in hospital for a day.....Laurel breaks it and she's out within an hour....fuck off #emmerdale

Oh yay, more Bob and Laurel... said no one ever #emmerdale

The sooner @Emmerdale realise this Bob/Laurel affair SL is a dud the better! They DO NOT work! It's had a massive negative reaction and is absolutely awful! And for the love of god can we give it a rest with the cheating?! #Emmerdale

Seriously #Emmerdale! Laurel's fall from being hit by Jimmy's car was terrible! 🤣🤣🤣 I've had harder fucking falls on a bouncy castle!

Does literally ANYBODY give a stuff about Bob and Laurel? #emmerdale

popular
Multiple fatalities after planes collide mid-air over airport
Andrew Tate banned from Instagram and Facebook
Incredible case of the only known individual whose parents were two different species
Footage emerges of Andrew Tate getting knocked out during kickboxing bout
The JOE Friday Pub Quiz: Week 308
Court hears cringeworthy poems Ryan Giggs wrote to his ex
Former Playboy Bunnies detail what it was like having unprotected orgies with Hugh Hefner
You may also like
Life
British bank says it will give customers £175 cash for free
News
'Crying CEO' slammed for posting emotional selfie after layoffs speaks out
News
Why Nancy Pelosi's Taiwan visit is so important but could have dire 'consequences'
Life
Elon Musk 'may face jail' if he walks away from $44billion Twitter deal
Life
Elon Musk's own staff have finally said what we're all thinking in open letter to SpaceX president
Next Page