Hey. Hello. Hi. Justin Timberlake performed at the Pepsi Super Bowl halftime show during the wee hours of the morning, for those that live under a rock.

But forget about his musical accomplishments and ability to perform under immense pressure, what we want to see here is some cringe, am I right?

In case you haven't seen this spectacle in its entirety, here's the full video:

Now that you're up to speed, behold eight of the toughest moments to stomach.


1. Someone in the audience got a really shitty photo of Justin 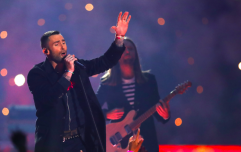 END_OF_DOCUMENT_TOKEN_TO_BE_REPLACED

If you zoom in a skooch, you'll see that the outlined phone to the right of the screen is taking what is a very strong contender for the worst photographic image of all eternity. There's just a giant snake-like arm blocking a solid 30% of the shot. It's a ludicrous image. It's trash. If that's your best bet at getting a picture of what is a recorded and televised event, stay at home. Also why are the people up the front doing devil horns with their hands? This is a Justin Timberlake production, not Slayer.

2. Justin sang with his pinky out like some kind of elite Victorian housewife

"Pass the tea Mrs. Lillybottom. Thank you". *sips tea from dainty little bone China teacup with pinky firmly erect*. Justin Timberlake does not need to hold a microphone with his pinky out. He needs to grip it with the ferocity of a former boyband member with a Pot Noodle haircut that nobody can forget about. Pinky pointers are snobs. Justin is not the kind of man that can pull off an erect pinky finger, not with a bandana around his neck like some kind of fire house dog. Not on my Fitbit.


3. Justin, before entering the first verse of 'Cry Me A River', randomly shouted "SING" 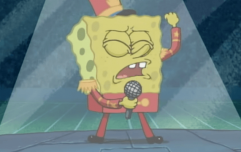 END_OF_DOCUMENT_TOKEN_TO_BE_REPLACED

I urge you to go back to 5:33 in the video above to see how ludicrous this act was. It wasn't particularly clear which song was about to start, nor does anyone even know the opening lines to 'Cry Me A River' off hand. So who was Justin shouting 'SING' to? Was it himself? Did he accidentally say a thought out loud? Either way, he said 'SING' with such confidence, it seemed as though a massive banger was about to be unleashed. Instead, he put on a dainty little voice to reach an uncomfortably high falsetto, as the song demands.

4. The camera accidentally revealed that Justin had the lyrics on a teleprompter the whole time

The man doesn't know the lyrics to his own songs. Oh boy, this is huge. This foils the whole evening. Justin wasn't putting on the performance he'd like us to believe. He was cheating. This was essentially karaoke that we all were watching. The man is a big cheat and should be stripped of all his titles. Was he using performance enhancing drugs as well? Lance Armstrong denied it for years, so what is the truth? Justin Timberlake was doping at the Olympics, probably.


5. Justin brought Prince, whom is dead, into the performance via an old video 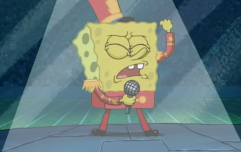 END_OF_DOCUMENT_TOKEN_TO_BE_REPLACED

Prince once said about using technology to perform with dead artists "That's the most demonic thing imaginable. Everything is as it is, and it should be. If I was meant to jam with Duke Ellington, we would have lived in the same age... that'll never happen to me. To prevent that kind of thing from happening is another reason why I want artistic control". That's a legitimate quote, so reading between the lines, it would appear that Prince was against this type of thing. Good on Justin Timberlake to press on regardless. What a champ!

6. They turned the whole place purple but Prince, to reiterate, did not like Justin Timberlake

Prince once said at an Emmys afterparty "For whoever is claiming that they are bringing sexy back, sexy never left". This is both a terrific burn and a very blatant attack on Noodle Head. So based on Prince's distaste for technology bringing artists back from the dead and his feelings on someone 'bringing sexy back', it's very safe to assume that the pair weren't going for chai lattes together when he was alive. Why was Justin Timberlake allowed to use Prince's old footage? A quick consultation with a clairvoyant would've avoided this entire spectacle.


7. Justin bullied a child into taking a selfie with him

The kid was having a nice time with his phone comfortably resting by his side. Justin, man of the people, pointed aggressively at the kid's phone twice, signalling that it would play really well with the audience if he was seen to be humble enough to take a selfie during his Super Bowl halftime performance. The kid begrudgingly took a photo and Justin went back to being a complete and utter monster. Look at the kid's smile, this is a hostage situation. Justin Timberlake must be stopped before it is too late.

8. Justin's final words of the performance were 'Super Bowl selfies'

Obviously the buzzword that tested best with the focus groups was 'selfie', so not only did Justin take one, he then labelled it as such in his final Super Bowl halftime act of heroism. I'd like to draw your attention to the child whom he bullied into a selfie. Does he look pleased? No. He quickly realised that he was merely a pawn in Justin Timberlake's sadistic little game. He was used and then tossed to the side like a teabag. Justin Timberlake is probably going to run for president and he'll probably win because he is just so cool and relatable to be seen take a selfie with a child. 2018 is trash.

You may also like
Entertainment
Is it finally time to acknowledge Beyoncé is better than Michael Jackson?
Sport
The Super Bowl, but with Bishop Brennan instead of a football
Sport
JOE's one-line NFL season review
Sport
Footage appears to show precisely how Tom Brady's Super Bowl jersey was stolen
Sport
One punter missed out on a gigantic payout after the Patriots' Super Bowl comeback
Next Page