"Before, I didn't think I was qualified for the position. But now? I'm afraid I might be too qualified..."

The latest season of Saturday Night Live has been one of the show's most watched, and a lot of that is down to President Trump and his staff. 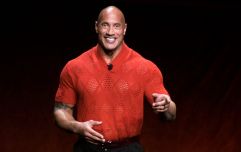 END_OF_DOCUMENT_TOKEN_TO_BE_REPLACED

They've helped fuel the writers of the show, and combined with the likes of Alec Baldwin and Melissa McCartyhy's performances, SNL has been a hot topic of conversation for the first time in what feels like a long time.

For the last episode of the season, Dwayne "The Rock" Johnson was asked back to host, which the invited him into the rarified air of being a five-time host.

Alec Baldwin greeted him into the group, before Johnson talked about how so many people have been asking would he be interested in running for the next presidential election.

And it turns out that yes, yes he would. 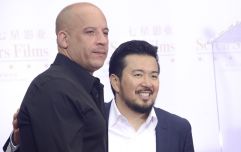 END_OF_DOCUMENT_TOKEN_TO_BE_REPLACED

And not only that, but he's got someone just as famous and just as loved by the public as he is to be his running mate!

We know this is all a joke, but can you imagine if someone convinced both of these to really go for it?

America really would be great again.