Deadpool is starring in his own Choose Your Own Adventure book

Deadpool (the film) gave superhero movies a much needed shake-up.

Ryan Reynolds’ wise-cracking mercenary had a self-awareness that allowed the filmmakers to skewer the genre. He breaks the fourth wall to complain about plot developments, or the lack of budget, or even to call out Hugh Jackman yet again. And then there’s the marketing, that have him recreate the film with action figures because the special effects weren’t ready yet.

But that’s not a new development – in the comic books, Deadpool stories have nearly always been at least some parodic. He originally just started out as an evil assassin version of Spider-Man, but by the time he got his own comic his was already subverting the form. None was this more obvious than 1997’s Deadpool #11 which actually inserted him into a Spider-Man comic from the 1960s. There was also the Deadpool Killustrated series, where he jumped into classic literature like Moby Dick and Tom Sawyer. Or Deadpool Corps, where he teamed up with female, dog and severed-head versions of himself.


The latest Deadpool gimmick comic though might be the wildest. You Are Deadpool #1 is essentially a Choose Your Own Adventure book, but with Deadpool. Remember how those books said “To go left, turn to page 5; to go right, turn to page 7; to ride a giant dinosaur, turn to page 69”, or whatever? Well, in this it tells you to go to a particular panel or a particular page. Not only that, there a simple role-playing game elements, including stats and inventory slots. 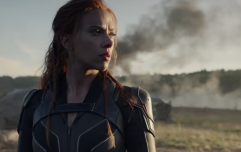 END_OF_DOCUMENT_TOKEN_TO_BE_REPLACED

Maybe the most impressive achievement by writer Al Ewing and artist Salva Espin though is that the series is actually five issues long, and it will still presumably all hold together. One reviewer even reported getting an ending telling them to go straight to issue 4 – which isn’t out for three weeks.

You Are Deadpool #1 is out now.