Since when was 'sexual anarchy' a negative?

American conservatives have hit back at the recent Superbowl halftime show - and their comments are bordering on parody.

END_OF_DOCUMENT_TOKEN_TO_BE_REPLACED

The Superbowl halftime show is always incredible; after all, how could it not be? The world's biggest stars take to the stage with a decoration budget larger than the Number 10 flat, clad in elaborate costumes and (mostly) singing live to their biggest hits. In the UK, where American Football is not as popular, the halftime show is still a cultural phenomenon.

Who doesn't love the halftime show? Well, it turns out conservatives don't - but are you really shocked?

However just when everyone was having fun, the conservatives had to pull up.

The NFL is now the league of sexual anarchy. This halftime show should not be allowed on television.

END_OF_DOCUMENT_TOKEN_TO_BE_REPLACED

"The NFL is now the league of sexual anarchy. This halftime show should not be allowed on television," wrote radio host Charlie Kirk. Senator Ocasio Cortez quickly responded with, "Like I said, weirdos."

The far right is always so..unoriginal. Fascists have always talked about order as the cure for anarchy, including in gender and sexuality realms. And arranged things so they can be the ones to plunder bodies with no consequences. https://t.co/0OxyTBvECV 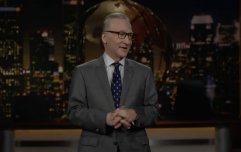 END_OF_DOCUMENT_TOKEN_TO_BE_REPLACED

Countless Twitter accounts, most of which boasted a Trump reference in their bio, were enraged by the "most racist halftime show ever" - but here's the kicker - it's racist because there were no white people. The quick thinkers among you will have already realised that despite the enormous number of tweets, Eminem is white.

Journalist Max Weiss wrote: "I think it's hilarious that conservatives were complaining that no white people were performing during the halftime show yesterday. Eminem's dream has come true!"

Ted Nugent, Kid Rock, and Lee Greenwood would put on a better Halftime Show than these hoodlums.

Conservative Sean Spicer appeared bewildered by the show, tweeting: "Dear @NFL /@pepsi What was the message of the #HalfTimeShow?"

Candice says we don't have racism in this country . pic.twitter.com/1kDL5YMbwC

Surprisingly, author Candace Owens had nothing but nice words to say: "This is an excellent Super Bowl halftime performance. Undeniable hip-hop and R&B excellence."