The UK mourns the loss of comedian Sean Lock who sadly lost his battle with Cancer. On Wednesday, a statement from his agent Off The Kerb Productions to the PA news agency confirmed the news. Channel 4 has announced a dedicated programming in honour of Lock, including his stand-up comedy special and an iconic episode of 8 Out Of 10 Cats Does Countdown.

as a British comedy fan and a cats does countdown fan, Sean Locke never failed to make me laugh. This clip was always one of my favourites.Thank you for bringing joy into so many lives including mine. You will be missed deeply 🤍 pic.twitter.com/vHaQ3PJWxV

END_OF_DOCUMENT_TOKEN_TO_BE_REPLACED

In a written statement following the news, Channel 4’s Director of Programmes Ian Katz described Lock as "one of the most original voices in comedy and one of the loveliest people too."

He continued: "Sean’s bone dry wit helped make 8 Out of 10 Cats one of Channel 4’s best loved shows and we owe him a huge debt of thanks for all the years of laughter and fun."

END_OF_DOCUMENT_TOKEN_TO_BE_REPLACED

On August 19, a day after the news of Lock’s death was announced, Channel 4 will air the stand-up special Sean Lock: Keep it Light at 10pm, followed at 11pm by an episode of 8 Out Of 10 Cats Does Countdown.

Channel 4 said: "Sean Lock is a much-loved part of the Channel 4 family and has played a pivotal role on the channel for over two decades. He has brought so much laughter and joy both on and off screen. We will miss him hugely. Our thoughts are with his family and friends at this very difficult time."

Remembering Sean Lock — one of our greatest comedians and a much-loved part of the Channel 4 family. RIP Sean. You will be missed. pic.twitter.com/mo125wMAaE 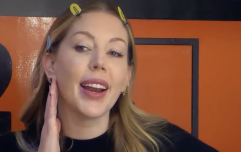 END_OF_DOCUMENT_TOKEN_TO_BE_REPLACED

As mentioned above, Lock's death was announced by his agent, in a public statement reading: "It is with great sadness that we have to announce the death of Sean Lock.

"He died at home from cancer, surrounded by his family.

"Sean was one of Britain’s finest comedians, his boundless creativity, lightning wit and the absurdist brilliance of his work, marked him out as a unique voice in British comedy."

They added: "Sean was also a cherished husband and father to three children.

Just saw the news of Sean Locke passing. Gutted, one of my favorite comics. His satirical bite on 8 out of 10 cats was incredible. pic.twitter.com/4bYjEvHykH

"Sean will be sorely missed by all that knew him. We kindly request that the privacy of his family and children is respected at this difficult time."