This is gonna rage on for a while

Channel 4 has hit back at claims by former SAS: Who Dares Wins host Ant Middleton that any "inappropriate" comments he had made to female staff at the show were just "banter". 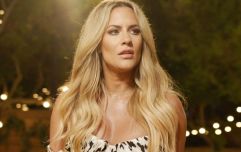 END_OF_DOCUMENT_TOKEN_TO_BE_REPLACED

Since his sacking, Middleton has appeared on ITV in a bid to tell his own side of the story. In doing so he refuted any allegations that his behaviour was inappropriate.

But in a statement released to the Mirror, a Channel 4 spokesperson reiterated their account that Middleton was sacked purely due to his "personal conduct off-camera".

The statement read: “Our decision not to renew Ant Middleton’s contract and not to work with him again was solely based on his personal conduct off-camera and is not related to his on-screen persona as a DS.

“SAS: Who Dares Wins will continue to be as tough as it’s ever been.”

Calling out "snowflakes" and PC culture during his interview on Good Morning Britain with Piers Morgan and Susanna Reid, Middleton claimed that any comments he made which were deemed "inappropriate" were in fact banter.

"The inappropriate comments, it's all smoke and mirrors, from the last episode it became a half scripted reality show and full control was taken from me," he said. 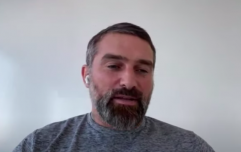 END_OF_DOCUMENT_TOKEN_TO_BE_REPLACED

popular
Tesco customer orders apples and gets sent a brand new Apple iPhone instead
Adam Perkins, known for 'Welcome to Chili's' Vine, dies aged 24
Female personal trainer shares the creepy messages she receives from men on social media
People fighting over name of game where you knock on someone's door and run away
Egypt seizes Ever Given ship and demands owner pay almost $1 billion
Sainsbury's recall Medjool dates over fears of Hepatitis A contamination
Conor McGregor slammed for encouraging son to 'hit' child in the face
You may also like
News
Friday Night Dinner celebration episode to be dedicated to Paul Ritter
News
Channel 4 news presenter Jon Snow, 73, and his wife welcome their first child
Entertainment
Ant Middleton dropped by Channel 4, will no longer present SAS: Who Dares Wins
Gaming
Classic gaming show GamesMaster is being rebooted for E4
News
'Deepfake' Queen to give alternative Christmas message on Channel 4
Next Page