It hadn't even been out 24 hours before producer Amorphous got his creative little mitts on Bruno Mars' "Finesse" remix with Cardi B. 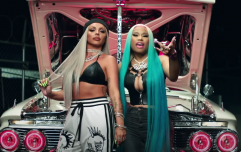 END_OF_DOCUMENT_TOKEN_TO_BE_REPLACED

Doing it big for the ladies, the talented creative who calls himself "the future" flipped the popular New Jack Swing inspired record and added some extra flavour to it. Doing what he does best, Amorphous presents a mashup of the song featuring some classic verses from some of rap's most celebrated female MCs.

Whether you recognise the verses or not you'll agree that this right here is fire!

Here's a list of where the original verses come from: 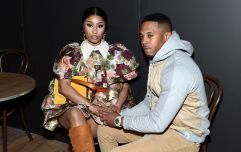 END_OF_DOCUMENT_TOKEN_TO_BE_REPLACED

Missy Elliott - "Get Ur Freak On"

As far as Cardi B's input goes, it's quick how the internet's opinion can turnaround, right? Once people discovered that she was going to be featured on the track many didn't like the idea. These initial feelings have since been retracted and the world is busy celebrating the Bronx native and her current status as the Queen of rap.

Paying homage to the famous Wayans brothers 90s sketch comedy show, In Living Color, the video for the original remix of "Finesse" sets itself apart from anything else out right now. Authentically throwing itself back to the the golden era of Hip Hop culture, both Bruno and Cardi are decked out in fashion of the day - Cardi looking like something straight out of TLC's "Ain't 2 Proud 2 Beg" video - and it's all about the dance moves!

You can find Amorphous on @loneamorphous.