Not since Kendrick Lamar's good kid m.A.A.d. city has an album told a story this good 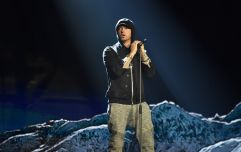 END_OF_DOCUMENT_TOKEN_TO_BE_REPLACED

Let that sink in for a second.

When discussing some of the greatest albums of the past 10 years g.o.o.d. kid m.A.A.d. city is always brought up. Telling the story of the harsh realities that young black males face daily in the ghettos of America, Kendrick blended creative license with his own experiences to create one of Hip Hop’s most celebrated concept albums.

Joining good kid m.A.A.d. city, as well albums such as Sticky Fingaz’ Blacktrash: The Autobiography of Kirk Jones and Prince Paul’s A Prince Amongst Thieves, Book of Ryan by Royce Da 5’9” is an autobiographical masterpiece that does more than tell a story; it forces you to put some respect on Royce’s name.

From the moment the recording process started a line was drawn in the sand with Royce choosing to battle his demons by putting them on front street. Like a Spike Lee joint-meets-an Oprah Winfrey interview, Book of Ryan is an other worldly therapy session that us regular folk just shouldn’t be able to afford.

Digging deep into his treasure trove of personal pain stemming from his complicated upbringing, on tracks like “Power”, where he recounts the time his brother came home drunk and foolishly back talked his father, Royce’s storytelling is at a level that could be considered Biggie-esque. 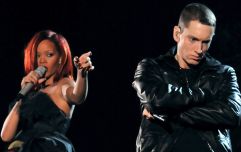 END_OF_DOCUMENT_TOKEN_TO_BE_REPLACED

Remember when Prodigy said “I put my lifetime in-between the paper's lines” on Mobb Deep’s “Quiet Storm”? I think people underestimate what it takes to create an album like this.

Royce’s life is unquestionably in-between the paper’s lines on Book of Ryan.

It’s there for us all to digest, judge, love and hate. Do you know what it takes to truly give your all, to take your every imperfection and just freely give it up? That’s the sign of a brave man who’s ready to unburden himself of past mistakes, grudges and painful memories.

On “Cocaine”, arguably the album’s most real moment, Royce opens up about his father’s drug addiction. But the song’s main focus isn’t about the deterioration of someone at the hands of drugs, it’s more about the strength it took for his father to kick the habit and how Royce and his siblings were the reason.

Hearing Royce sing: “My father chose me over cocaine” will inspire a tear in anyone who’s struggled with acknowledgement and love from a parent at the hands of a mood altering substance. 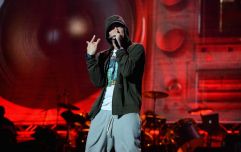 END_OF_DOCUMENT_TOKEN_TO_BE_REPLACED

But Book of Ryan isn't always about a trip down memory lane.

On “Summer on Lock” Royce recruits the best of the best, the most elite MCs, Pusha T, Jadakiss and Fabolous, for an all out lyrical assault. The cinematic backdrop complete with killer drums proves the perfect vehicle for four of Hip Hop’s finest to get their lyrical guns off, most notably when Royce makes a Home Improvement reference cool by saying: "Shoot a ni**a face off like his neighbour is Tim Taylor.”

Then in keeping with the narrative of lyrical excellence there’s “Caterpillar”, an earth shattering moment - for Hip Hop at least - that hears Royce reunite with longtime friend and Bad Meets Evil rhyme partner Eminem.

Going H.A.M. over the Epikh and S1 boom bap backdrop, that is at it’s most lethal when the drums cut back in, Em and Royce put on a clinic, with some hook assistance from King Green.

Whether it’s Royce spitting, “You number one when it come to slaughtering mics/ I’m tryna be number one in my son and daughter life,” or Em rapping, “The rap is a vag' and I'm goin' in like a tampon in this bitch/ It’s manslaughter,” the track leaves you praying that there will be a second Bad Meets Evil album while also cementing in your mind that there really is no better duo in Hip Hop right now.

Book of Ryan proves Royce Da 5’9” is a Top 5 dead or alive rapper, no question. Wearing his heart on his sleeve throughout, the album is an introspective gift that not too many people are capable of giving. Combining transcendent lyricism with incredible instrumental choices, it’s an excellent example of how beats and rhymes are supposed to marry one another.

Not only that, it proves that other rappers need to step their game up… considerably.

Book of Ryan by Royce Da 5'9" is out now on Heaven Studios & Entertainment One.

popular
Shocking footage shows moment man is killed by his own brothers
The Batman trailer has just dropped and it looks absolutely unreal
Addison Rae banned from TikTok
The JOE Friday Pub Quiz: Week 265
Gary Lineker pulls out of presenting MOTD due to 'super cold'
'Neighbour from hell' booted out of a retirement home for getting naked and threatening to stab resident
Man tries to strangle woman, 20, with metal chain in London park
You may also like
Music
Eminem serves up to fans at his newly-opened Mom's Spaghetti restaurant
News
Eminem to open a restaurant called Mom’s Spaghetti
News
Eminem’s 19-year-old child comes out as non-binary
Music
Slipknot frontman Corey Taylor rubbishes attempts to 'cancel' Eminem
Sport
Eminem stuns Dana White by telling him his opinion "doesn't matter"
Next Page