Binley Mega Chippy: What is it and why is it all over my timeline?

A random UK chip shop is taking over our TikTok feeds, and everybody is simply dying to know why.

END_OF_DOCUMENT_TOKEN_TO_BE_REPLACED

Binley Mega Chippy, located on Binley Road in Binley, is pretty much just your regular local chippy. But over the past few days, it has become the internet's latest subject to turn into a quintessentially British meme.

This Coventry-based chippy is no doubt popular amongst locals. But it is unlikely that the owners ever imagined receiving tens of thousands of likes on TikTok, having parody accounts created about them on Twitter, and seeing tonnes of memes circulating the internet.

It's even got its very own theme tune. 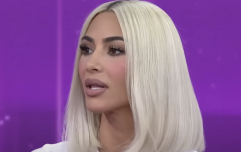 END_OF_DOCUMENT_TOKEN_TO_BE_REPLACED

The emergence of the chippy online has both amazed and confused TikTokers.

"Why is this place all over my fyp all of a sudden," one commented. "Can't escape binley mega chippy," another said.

The chip shop has even sparked some debate between fast food fanatics on the platform.

Roses are red
Drugs are trippy
Get ya sen down to
Binley mega chippy pic.twitter.com/YzyFsNesOG

END_OF_DOCUMENT_TOKEN_TO_BE_REPLACED

"I'm happy to say I've been there but I'd rather get the McDonald's next to it," one said. "do not and I mean do not DISS the Binley Mega Chippy down these ends," a Binley Chip Shop fan account responded.

Binley's 'Morbin Meal' has particularly attracted attention from fans online - available for only £4.99 at the chip shop.

Binley has become so popular that people have started leaving reviews for the chip shop online.

One said: I had never heard of the chippy until I saw it on my fyp, 10 times. But now I have been blessed, I sing the binley mega chippy song 24/7, and all I can dream of is travelling to Coventry to seek the precious binley mega chips.

"My quality of life had tripled ever since I learnt about such a chippy, my wife may have left me because I loved it more than her, I may have gone into debt because of my Finley mega chippy merch purchases but it's all worth it for this blessed chippy.

"My views on coventry & Finley have been greatly improved. I have nothing else to say but thank you, binley mega chippy, you are the reason I'm still going."