Michael Dapaah, the UK comedian behind viral hit Big Shaq, is back with a second series of his YouTube show #SWIL.

#SWIL – aka Somewhere In London – features not only Big Shaq, but a host of other characters played by Michael Dapaah, including both new creations and returning favourites. The second series sees them all facing new challenges, from shooting talk show pilots to taking paternity tests. It’s a journey with a message as the show uncovers many life lessons within the complicated lives of these five men.


Actor, writer, comedian, rapper and director, Michael Dapaah rose to fame after starring in and creating #SWIL on YouTube in 2017, with the first series amassing over 4 million views. He then scored a UK Top 3 chart success and over 320 million views on YouTube with the viral hit ‘Man’s Not Hot’, the video for which featured cameos by Waka Flocka Flame, Lil Yachty, and DJ Khaled. 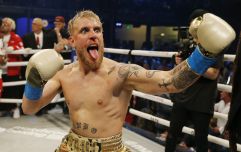 END_OF_DOCUMENT_TOKEN_TO_BE_REPLACED

“We’re delighted to welcome Big Shaq and the rest of the #SWIL crew back onto YouTube following a staggeringly successful first series which was a brilliant celebration of UK culture,” commented Vivian Bravo, Head of UK Creator Partnerships for YouTube, in a press release. “It’s great to see homegrown talent such as Michael Dapaah find success on the platform, and we hope that #SWIL's dedicated fanbase are just as excited to watch Season two as we are.”