Production had already been paused because of lockdown

Production on the new Batman movie has been suspended after a member of the production team tested positive for COVID-19.

Warner Bros has not confirmed who the person is, but Vanity Fair has reported that it is the movie's star, Robert Pattinson.

It comes just days after shooting on The Batman had resumed after lockdown.

The movie was being filmed in the UK, but the production was suspended following the coronavirus pandemic. Filming began in February in Glasgow and was initially suspended for two weeks, but on March 25th director Matt Reeves confirmed production had shut down indefinitely.

Production on the film resumed on September 1st.

The Batman was originally scheduled for release on June 25th, 2021, but was moved to October 1st. It is not known if the new delay will impact the release date further.

The film was one of several major Hollywood productions that had started filming again. Jurrrasic World: Dominion has started shooting in the UK, and the Avatar sequels have resumed production in New Zealand. 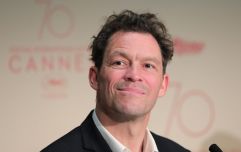 END_OF_DOCUMENT_TOKEN_TO_BE_REPLACED

The Batman sees Robert Pattinson take up the cowl of the Caped Crusader for the first time.

Last month, DC confirmed that The Batman is a stand-alone movie that does not tie into last year's Joker, or the other DCEU movies like Aquaman, Justice League and Suicide Squad.

President of DC Films Walter Hamada said that they are all just part of a "mulitverse".

"What the multiverse means is we can tell these great stories where we can tell different stories," Hamada explained.

"There's one earth where have Gal Gadot and Ezra Miller [as Wonder Woman and The Flash]... and another where we can have Year Two Batman... and then there's Joker, which isn't part of either continuity."

“Matt Reeves can continue to build out his Gotham [in The Batman]. Those are things that we can do because we don’t have to worry about how that would impact Aquaman 2 or The Flash, because it’s all just part of the multiverse."

"Our focus is telling great stories."