He would have been seen driving around Richmond Park.

A scene in last night's Britain's Got Talent was not shown following Ant McPartlin's conviction for drink driving.

Producers reportedly chopped footage of the Geordie presenter driving a Union Jack covered Jaguar in the light of his pleading guilty to the offence.

The clip of him driving Declan Donnelly around Richmond Park would have appearsed as a skit on the show. Scenes for the show's audition stage were filmed prior to his arrest last month.

A source told the Sun : "Bosses have been forced to drop the footage. It would have been inappropriate and insensitive."

He was fined £86,000 and handed a 20-month road ban after pleading guilty to drink driving in court last week.

Ant will appear throughout the auditions, which run to the end of May. However, he will likely be absent from the full week of live shows, with Dec fronting the show alone.

Last week's episode saw a fan backlash, with viewers claiming that scenes featuring Ant McPartlin were cut from the show.


The criticism focused on the apparent removal of the Geordie duo's usual interviews with contestants.

"I'm truly sorry for what happened... I let a lot of people down" says TV presenter Ant McPartlin after being found guilty of drink driving pic.twitter.com/rHp8UKjzo4 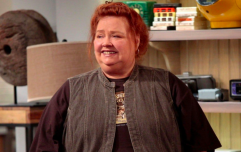 END_OF_DOCUMENT_TOKEN_TO_BE_REPLACED

Speaking outside the court following sentencing on Monday, the 42-year-old said: "I just wanted to say that I am truly sorry for what happened.

"I'm truly sorry for what happened. Higher standards are expected of me.

"I let myself down, I let a lot of people down, for that I'm truly sorry.

"I'd like to apologise to everyone involved in the crash and I'm just thankful no-one was seriously hurt."