Was the shark also part of the gang?

A tiger shark in a Sydney aquarium threw up a human arm, sparking a murder investigation and marking the case as one for the history books.

At Sydney's Coogee Aquarium in 1935, a captured tiger sharking measuring 13ft began vomiting up some unusual stuff. First came a rat, then a bird - and then finally a tattooed human arm.

Tiger sharks can grow up to 18 feet/Via Unsplash

At the time, witness Narcisse Leo Young told The Sydney Herald: "I was three or four metres from the shark and clearly saw come out of its mouth a copious brown froth which smelled really foul."

However police concluded that the arm, belonging to one Jimmy Smith, had not been bitten off - but sliced.

Here's where things get particularly interesting.

Police discovered that Smith was connected with a local drug gang led by Reginald Holmes. 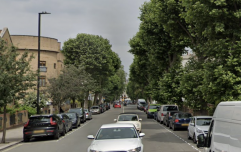 END_OF_DOCUMENT_TOKEN_TO_BE_REPLACED

Holmes and Smith had teamed up with Patrick Brady, an ex-serviceman who had been convicted of forgery. The group began forging cheques and then using their businesses to cash them - but things turned sour in the group and Smith began blackmailing Holmes.

On Smith's final night, he drank at a hotel with Brady - who was arrested three weeks after the shark vomited his victim's arm up.

Holmes was found with three bullets in his chest and the rest of Smith's body was never found. Patrick Brady denied any involvement until his death in 1965.

Our money's still on the shark.

popular
Martin Lewis issues urgent advice for households ahead of energy price hike
Moment thug kidnaps teenage ex in horrifying ordeal that left her unable to walk or talk
Coronation Street star left homeless after sharing anti-vax views
Cristiano Ronaldo complained to Transfermarkt about valuation before blocking them
Chelsea have £3million bid for their own player rejected
Former army sergeant who became porn star explains why she made career move
'That Vegan Teacher' banned from TikTok after 20,000 people sign petition to remove her
You may also like
Sport
Premier League players hiring ex-SAS soldiers to protect their families at home
News
Katie Price could be jailed for five years after arrest on Friday
Sport
Sao Paulo supporter throws knife on pitch during U20's semi-final
News
Brit doctor visiting US killed by stray bullet while lying in bed
Sport
Victor Lindelof's house broken into, wife confirms in statement
Next Page