Travellers who attempt to enter the UK without a negative Covid-19 test result are still being admitted.

The government had said anyone entering the UK must provide proof of a negative test before being let in. Now, it has emerged that those without negative results are being fined £500, but controversially, also being allowed into Britain.

From January 15, the government said you would need a negative coronavirus test result if arriving into the UK.

The measures were to apply to all UK nationals, in addition to those who are not permanent residents of the UK.

At the time, the Home Office said those who break the rules will face a fine of at least £500 - as will the operator with which they travelled. Whether these travellers would still be allowed entry into the UK was not discussed.

In a statement given to Mail Online, the Home Office said that anyone who arrives without proof of a negative Covid-19 test will be fined - but still let into the country.

They will just have to self-isolate for 10 days.


If you're travelling to England, you must take a test in the 3 days before your departure.

You could be fined £500 on arrival to England without a valid negative test result.

For more guidance on testing, follow the link 👉 https://t.co/h2vkwDqBCm#TravelSafely pic.twitter.com/BiBxLWY2S3 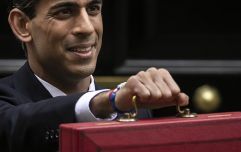 END_OF_DOCUMENT_TOKEN_TO_BE_REPLACED

A research fellow at Oxford University named Gabrielle Rivers told The Times what it was like entering the UK under the current restrictions. She travelled to the UK from Washington, USA.

Rivers said: "I don't know how they would expect old people to cope. They are crowding people together in tight spaces. If we didn't have Covid then, we will now. It was very rammed.

"It was very rammed. It was pretty heavily regulated. The airlines are being the strictest."

You will still have to self-isolate for 10 days upon arrival into the UK, according to the transport minister - regardless of having received a positive or negative test result.

Current government guidelines ban international travel unless it is for a "legally permitted" purpose, such as essential work.

In a statement, transport minister Robert Courts said: "If a passenger arrives in England without a pre-departure negative test result they will be fined.

"We will amend the International Travel Regulations so that fines, starting at £500, can be levied on non-compliant passengers."

Passengers and carriers will be made aware of what is acceptable when travelling, Courts added.

"We will keep test standards and innovative testing technologies under review," he said.

popular
Chris Hemsworth criticised for attending maskless party on social media
Pontins used list of Irish surnames to keep Traveller families out of parks
Cadbury is bringing out a limited edition Creme Egg flavoured beer
Ant Middleton dropped by Channel 4, will no longer present SAS: Who Dares Wins
Two headlines, one year apart: Has Boris Johnson learned nothing?
Furlough scheme set to be extended until September
Trainer Gordon Elliot releases statement on photo of him sitting on top of dead horse
You may also like
News
It's 'unrealistic and premature' to think the pandemic will end this year, says WHO
Entertainment
Chris Hemsworth criticised for attending maskless party on social media
News
Police no longer breaking up outdoor groups as they slam 'unmanageable' guidelines
Coronavirus
Fears Brazil variant of Covid-19 could delay lifting of lockdown
News
Slowthai agrees to stop spitting in fans' mouths at gigs due to Covid-19
Next Page