The Lockdown Delay could have been prevented

The Health minister Edward Argar has spoken to Sky News regarding the Delta Covid variant. He discussed the idea that putting India on the red list sooner might have prevented the variant from transmitting so aggressively within our borders. 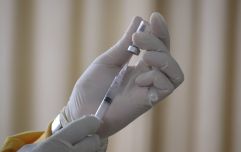 END_OF_DOCUMENT_TOKEN_TO_BE_REPLACED

Boris Johnson is set to make an announcement this evening, specifically relating to what is being referred to as 'freedom day'. It is thought that Johnson will extend the lifting of lockdown by four weeks.

The variant is said to be more aggressive, accounting for over 90% of cases in the UK. Sky News had previously stated that the Delta variant was doubling every 4.5 to 11.5 days.

Minister for Health Edward Argar tells #KayBurley while he "won't pre-empt what the Prime Minister might say", the #COVID19 Delta variant is "highly, highly infectious" and is "driving the concern" over easing lockdown restrictions.

Argar dodged the question multiple times, saying it was merely hypothetical and impossible to know.

"I don't think that would have necessarily stopped the variant coming," he reiterated.

However, when pressed again, Argar did say that it is possible the government did not put India on the red list soon enough.