Ardern is not taking risks

New Zealand's Prime Minister Jacinda Ardern has rebuked the suggestion that her country will follow in the footsteps of the UK. She said that "living with Covid" is not an option as the number of deaths is "unacceptable". The Guardian also reports that New Zealand will put the UK on the no-fly list if cases continue to climb. 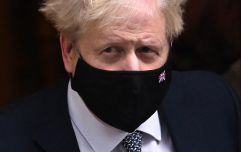 Self isolation rules set to be dropped in March, PM says

END_OF_DOCUMENT_TOKEN_TO_BE_REPLACED

July 19th will be the long-awaited Freedom day here in the UK. Having been initially pushed back by four weeks, Johnson outlined the next stages of his plan on Monday. He insisted that the UK must "learn to live with the virus" despite numerous suggestions that things are moving too fast. His release of mandatory mask-wearing has also been heavily judged, with numerous scientific officials saying that masks should continue to remain a constant in our lives.

However, during a press conference alongside Ardern, Covid-19 response minister, Chris Hipkins, iterated how New Zealand will not follow the UK in its decision.

“One of the things the UK government have been very clear about [is] that there will be a spike in cases, potentially thousands of cases a day. There will be more people dying,” he said.

“We are likely to see more incremental change than dramatic change where we wake up one morning and say: ‘We just go back to the way things were before Covid-19.’”

Ardern also commented on the situation:

“The priority for me is how do we continue to preserve what New Zealand has managed to gain and give ourselves options, because this virus is not done with the world yet.”

popular
Dr. Dre shares unbelievable video of Eminem's skills to prove no rapper could beat him
'He completely satisfies me' - wife of disabled man hits back at trolls mocking sex life
'Hey kiddo! This is your uncle ' - creepy moment OnlyFans star's relative finds her page
Man tracked down and killed son's paedophile abuser live on TV
The JOE Friday Pub Quiz: Week 279
A definitive ranking of every swear word from worst to best
Former army sergeant who became porn star explains why she made career move
You may also like
News
Cressida Dick: All the times the Met Police boss got it wrong
News
Former chief prosecutor brands Met decision to limit Sue Gray report 'absolute nonsense'
News
Police ask Sue Gray to make 'minimal reference' to parties they're investigating
News
Boris Johnson outdoes himself with the most ridiculous denial he's ever made
News
Covid rules are being lifted today - but here's the ones you still need to watch out for
Next Page