She was part of the Czech Republic's biggest folk band, Asonance

A folk singer from the Czech Republic died after deliberately catching covid to allow her access to specific venues.

END_OF_DOCUMENT_TOKEN_TO_BE_REPLACED

Hana Horka had posted on social media that she was recovering from covid. However, two days after posting, she died, reports the BBC.

Horka's son Jan Rek told the BBC she intentionally got infected while he and his father had the virus. The 57-year-old is said to have wanted a recovery pass to get into specific venues in the Czech Republic that require proof of vaccination or evidence of a recent infection. Such venues include cinemas, bars and cafes.

She was part of the Czech Republic's biggest folk band, Asonance/Via YouTube 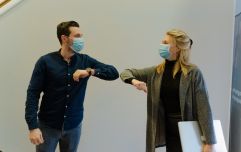 END_OF_DOCUMENT_TOKEN_TO_BE_REPLACED

Both Jan Rek and his father are fully vaccinated but unfortunately caught covid over Christmas. Rather than keep her distance, Horka was said to have intentionally exposed herself.

"She should have isolated for a week because we tested positive. But she was with us the whole time," Jan Rek said.

In a post sent by the late-singer two days before she died, Horka wrote: "Now there will be theatre, sauna, a concert." 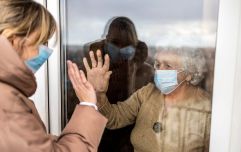 END_OF_DOCUMENT_TOKEN_TO_BE_REPLACED

On the morning of her death, Horka reportedly felt better and even got dressed to go for a walk but after her back began hurting, she retired to her bedroom to lie down. Her son said it was "all over" in roughly "10 minutes" and that "she choked to death."

Despite his mother's refusal to get vaccinated, Jan Rek emphasised that his mother did not subscribe to conspiracy theories or some overarching governmental plot. In fact, "she was more OK with the idea of catching Covid than getting vaccinated."

He said debating the issue would usually lead to outbursts of emotion but now hopes his story will inspire others to get the jab.

"If you have living examples from real life, it's more powerful than just graphs and numbers. You can't really sympathise with numbers," he added.

popular
Brit on holiday beaten with a brick by gang before being thrown in the sea unconscious
Premier League player arrested on suspicion of rape facing two more allegations
Conspiracy theorists believe the world will end today - here's why
Men with ‘very large penises’ wanted for new documentary
British schoolboy breaks internet after attending prom in sequined tuxedo ballgown
July 4 shooter: Chicago suspect fled the scene in women’s clothes and planned attack for weeks, police say
Dad who ran off with Ukrainian refugee says couple are doing 'brilliantly' - but he can't see his kids
You may also like
News
Prince Andrew is now banned from public return at ancient ceremony after missing Jubilee 'due to covid'
News
'New covid wave is now starting' Sage scientist warns as infections spike for first time in two months
News
Elon Musk says staff can ‘pretend to work somewhere else’ after controversial leaked emails
Life
Spain to welcome back unvaccinated Brits 'within days' just in time for the summer holidays
News
Horror as elderly man pulled from body bag alive moments before he was due to be cremated in China
Next Page