On Monday, the world's eyes turned to Paris as Notre Dame cathedral burned

It was clear within minutes that complications due to the building's age and density of heavy timber would severely hinder attempts to put out the fire. Still, it was shocking to see that iconic spire come down, succumbing to the fire as easily as a matchstick house. 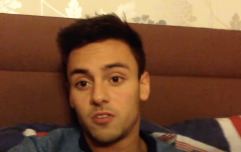 END_OF_DOCUMENT_TOKEN_TO_BE_REPLACED

Indeed, watching this ancient temple engulfed in smoke and heat was a frightening reminder there are many forces out there that render us powerless to save something dear to us.

People worldwide have meaningful connections to Paris. It is the most-visited city in the world. As such, people have memories of Notre Dame, memories that were dusted with ash and debris in yesterday's horrific scene.

As is often the case, those nightmarishly frustrating contrarians were everywhere, taunting the mourners — remind everyone that the church was just bricks and mortar. Presumably, these diehard deconstructionists also argue that art is "just paint on a canvas" and that their children are "just smaller people who look like me and live in my house".

Still, none of that cynicism could stem the mournful tide.

Within hours of the spire coming down, two of France's wealthiest families — led by François-Henri Pinault and Bernard Arnault — had pledged no less than €300 million (£260.20m) in funding for the restoration effort. The city of Paris was also able to mobilise €10 million (£8.67m).

Arnault is the CEO of LVMH, the world's largest luxury-goods company. He is the richest person in Europe and the fourth-richest person in the world according to Forbes magazine, with a net worth of $91.3 billion (£69.99m), as of this month. Perhaps the best-known brand overseen by Arnault is Louis Vuitton. Handbags, suitcases, you know the ones. 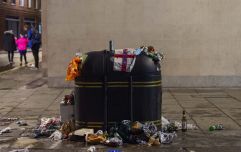 END_OF_DOCUMENT_TOKEN_TO_BE_REPLACED

By comparison, Pinault is worth a paltry €30billion. He's more of a Gucci man, and he also owns Stade Rennais FC.

Between them, they have significantly more money than several European states — such as Croatia, Serbia, Slovakia or Slovenia. If you had €3,000 (£2601) in your bank account right now and you donated a tenner to the restoration effort, you'd be giving proportionally the same amount as these two.

Something to think about.

Perhaps an overlooked part of the discussion is the financial role that the Catholic Church could play in the restoration. Nobody outside the Vatican truly knows how much money the church has, but in 2012 The Economist calculated that the Vatican's operating budget in the US alone came to $170 billion (£130.32b). It stands to reason, then, that the global figure would be much larger again.

Pope Francis has confirmed that he is praying for all those affected by the Notre Dame fire. That is to say, he is putting his hands together, rather than in his pocket.

This will come as no surprise to anyone who has ever had to raise a few hundred or a few thousand euro to renovate a church in suburban or rural Ireland without the help from the Vatican's bajillions.

END_OF_DOCUMENT_TOKEN_TO_BE_REPLACED

It would be incredibly cheap to suggest that it is in some way wrong to give money for the restoration. There is a value that transcends simple economics in restoring testaments to civilisation. Better that Notre Dame remains a symbol of European history than €300 million (£260.19m) rests in a billionaire's bank account.

But the immediacy and magnitude of their response tells us something very important about the society we live in.

If two men in a world of more than 7 billion people can provide €300 million (£260.19m) to restore Notre Dame, within six hours, then there is enough money in the world to feed every mouth, shelter every family and educate every child. The failure to do so is a matter of will, and a matter of system.

The failure to do so comes from our failure to recognise the mundane emergencies that claim lives all around us every single day. Works of art and architectural history and beauty rely on the ingenuity of people, and it is people who must be protected above all else.

Brick and mortar and stained-glass might burn, but they do not bleed, and they do not starve, and they do not suffer. Humans suffer. Everywhere in the world, from Paris to Persepolis, people are suffering. But their suffering is every day. It does not light up a front page, and it does not inspire immediate donations from the world's wealthiest men.

France currently counts 140,000 homeless people — 30,000 of which are children. A 2018 report by the Secours Catholique revealed that in total there are around 8.8 million people living below the poverty line in France in 2017. This means they are living on an income of less than €1,026 (£889.84) a month , and many of them live on considerably less. One in every eight French people live in poverty. Despite all of this, France remains the sixth richest country in the world, according to the International Monetary Fund.

The next time someone tries to pretend like you need to choose between homelessness or immigration, nurses' pay or a tax cut, a children's hospital or a motorway, remember this moment. The money is there at a click of a finger. It just isn't in our hands.