Nokia has announced that they are bringing the 8110 back into production.

Fans of The Matrix or items named after fruit will be chuffed to hear the news, as will those that despise the colour yellow because it's also going to come in black. 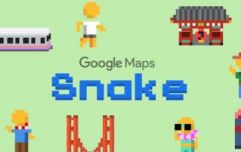 You can now play classic Snake on Google Maps

END_OF_DOCUMENT_TOKEN_TO_BE_REPLACED

It's been 22 years since the Matrix phone was released. To give some context of the time when banana phones were popular, Third Rock from the Sun had just aired, Dolly the sheep was born, Tupac died and Charles and Diana were busy signing divorce papers. Basically, there wasn't a lot going on, hence a bright yellow phone being released was a huge source of excitement.

Fans of the original Nokia 8110 may be disappointed as the new one will have more features than simply being able to make calls and send text messages all with the aid of a monochrome graphic LCD screen. The reboot is going to have 4G and therefore access to the app store.

We're delighted to reveal that it will also have Snake, so you can get back to being late for work because you stayed up until 3am trying to beat the high score your stupid cousin got on your phone last summer, not that he's ever going to let you forget it.

The added bonus of having a bright yellow phone is that you can also use it as a means of flagging down your friends at a gig, or offer it up as a replacement if the local lighthouse's lightbulb goes. 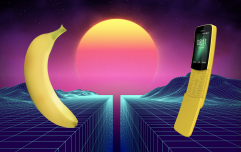 END_OF_DOCUMENT_TOKEN_TO_BE_REPLACED

Although the banana phone won't count as one of your five a day, the fact that it now comes with 4G capabilities means that you could order a bunch of bananas online from your banana phone to then consume whilst you peruse your banana phone. Truly, this is quite a time to be alive.

The Nokia 8110 will be available in traditional black and banana yellow from May at a very reasonable £69. Nice.

popular
The JOE Friday Pub Quiz: Week 271
North Korea bans leather coats to prevent people from copying Kim Jong-un
Ava White, 12, dies after Liverpool stabbing - four boys aged 13 to 15 arrested on suspicion of murder
Tobey Maguire Spider-Man spotted in No Way Home merchandise
Pro Volleyballer spends £590K believing he was dating supermodel Alessandra Ambrosio for 15 years
Oxford United call up women’s team midfielder due to injury crisis
BT Sport release statement as Chris Sutton is denied access to Ibrox again
You may also like
Tech
There's a new Nokia being launched and it's got SNAKE on it
Entertainment
The iconic Nokia game Snake is back for you to play on your smartphone
Tech
QUIZ: Identify all the hi-tech gadgets you've forgotten about
Life
The battery life on the new Nokia 3310 is monstrous
Tech
8 weird and ludicrous Nokia phones we wish they’d bring back
Next Page