Roaming charges were abolished in 2017 under an EU regulation, meaning holiday goers could upload pictures and videos without fear of a gigantic data bill. 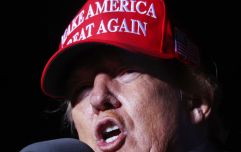 END_OF_DOCUMENT_TOKEN_TO_BE_REPLACED

Now the future of watching Netflix from the comfort of a lounger on a sunny beach is at risk.

A paper released today to prepare the public for a no deal Brexit explains: “The costs that EU mobile operators would be able to charge UK operators for providing roaming services would no longer be regulated after March 2019.”

“This would mean that surcharge-free roaming when you travel to the EU could no longer be guaranteed.”

Before they were abolished last year, roaming charges cost Brits abroad an estimated £350million a year. 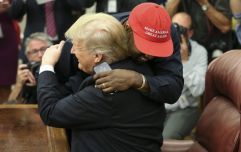 END_OF_DOCUMENT_TOKEN_TO_BE_REPLACED

Vodafone, O2 and Three have promised not to re-introduce fees but other operators would be free to bring back the charges.

The government paper warns that “surcharge-free mobile roaming in the EU may not continue to be standard across every mobile phone package.”

“Roaming may also be offered with different terms and conditions. This might affect the amount of calls that you can make, texts you can send and data you can consume, including applying limits that are less than the amount available in your bundle when you’re in the UK.”

People living in border regions of Ireland are told they could face roaming charges if their phone picks up a signal from their neighbouring country. 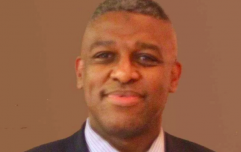 END_OF_DOCUMENT_TOKEN_TO_BE_REPLACED

“Consumers and businesses in border areas should be aware of the issue of ‘inadvertent roaming’.”

“This is when a mobile signal in a border region is stronger from the country across the border.”

The Brexit Secretary Dominic Raab told the BBC that some mobile operators had pledged to keep data roaming free after Brexit in response. He said the government would introduce legislation "for a limit on roaming charges" if there is no deal.

Another document released today warns that your driving licence may no longer be valid in the EU if there is no Brexit deal.

“If you move to another EU country to live, you may not be able to exchange your licence after the UK has left the EU,” it warns.

Drivers could be required to obtain an International Driving Permit before they can drive (on the other side of the road) on the continent.

“You may be turned away at the border or face other enforcement action, for example fines, if you don’t have the correct IDP.”

Drivers travelling from France to Spain could be required to obtain two different IDPs, according to the AA.

Read all the documents on the future of a No Deal Brexit on the government’s website here.