Zlatan does not appear to be letting this one go

Zlatan Ibrahimovic appears to have aimed another dig at Romelu Lukaku, hours after the pair clashed in Tuesday night's Milan derby. 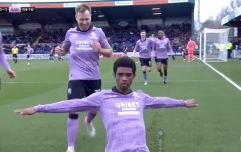 END_OF_DOCUMENT_TOKEN_TO_BE_REPLACED

Having reportedly assured his Milan teammates after the game that no racist language was used as he traded insults with Lukaku towards the end of the first half, Ibrahimovic highlighted his commitment to fighting racism in a tweet, posted on Wednesday.

'In ZLATAN's world there is no place for RACISM,' the tweet read. 'We are all the same race - we are all equal !! We are all PLAYERS some better than others.'

In ZLATAN’s world there is no place for RACISM.
We are all the same race - we are all equal !!
We are all PLAYERS some better then others.https://t.co/DhguHUOFte

Even with the serious message carried by the tweet, his sign-off almost certainly appeared to be a thinly-veiled dig at his former Manchester United teammate.

Ibrahimovic had given Milan the lead before arguing with Lukaku, with both players booked for the clash. The Belgian was held back by other Inter players to avoid the situation escalating as the teams left the field for the interval.

The Swede was later sent off for a second bookable offence early in the second half, allowing Inter to capitalise on their numerical advantage by claiming a 2-1 win - Lukaku scoring the first from the penalty spot. 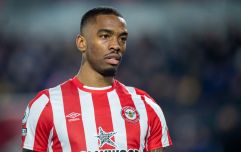 END_OF_DOCUMENT_TOKEN_TO_BE_REPLACED

Reports from Sky Sport Italia later claimed the Swede had apologised to teammates in the Milan changing room for costing them the game, also insisting that no racist words had been used.

Some of those watching footage of the incident accused Ibrahimovic of using the word "voodoo" when speaking to Lukaku. The aforementioned Sky Sport report references comments made by Everton owner Farhad Moshiri at a club general meeting in 2018, which suggested the Belgian's decision to reject a contract extension at Goodison Park had been influenced by a "voodoo" message.

"We offered him a better deal than Chelsea and his agent came to Finch Farm to sign the contract," Moshiri is quoted as saying in The Guardian three years ago.

"Robert [Elstone, Everton’s chief executive] was there, everything was in place, there were a few reporters outside, then in the meeting Rom called his mother.

"He said he was on a pilgrimage in Africa or somewhere and he had a voodoo and he got the message that he needs to go to Chelsea."

END_OF_DOCUMENT_TOKEN_TO_BE_REPLACED

Lukaku did, of course, end up moving to Old Trafford instead of Stamford Bridge, where his time briefly overlapped with Ibrahimovic.

Though Lukaku later rejected Moshiri's claims, some reports suggest this is what prompted Ibrahimovic's alleged reference to voodoo.