Sir Bradley Wiggins has revealed he was sexually groomed by a coach when he was a child.

The 41-year-old Tour de France winner and five-time Olympic champion, who retired from cycling six years ago, told Men's Health UK he has never fully accepted what happened to him.

Wiggins did not name his abuser

Wiggins did not name his abuser, but said he was groomed when he was around the age of 13.

END_OF_DOCUMENT_TOKEN_TO_BE_REPLACED

"I was groomed by a coach when I was younger - I was about 13 - and I never fully accepted that," he told columnist Alastair Campbell in May's issue of the magazine.

Asked if the coach had groomed him sexually, Wiggins replied: "Yes. It all impacted me as an adult… I buried it."

He added that the experience had a huge impact on him during his teenage years. 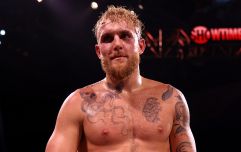 END_OF_DOCUMENT_TOKEN_TO_BE_REPLACED

"My stepfather was quite violent to me, he used to call me a f****t for wearing Lycra and stuff, so I didn’t think I could tell him. I was such a loner… I just wanted to get out of the environment.

"I became so insular. I was quite a strange teenager in many ways and I think the drive on the bike stemmed from adversity."

On the murder of his father

Wiggins also opens up about his battle with depression in the interview, as well as discussing the murder of his estranged father in Australia in 2008.

His father left the family home when Wiggins was small and he did not attend his funeral. No one was ever charged for the murder, something which he admits he has struggled with.

Asked if he had ever tried to run away from anything in his life, he said: "It was definitely to do with my dad. Never getting answers when he was murdered in 2008.

"He left us when I was little, so I met him for the first time when I was 18. We rekindled some kind of relationship but then we didn’t speak for the last couple of years before he was murdered.

"He was my hero. I wanted to prove myself to him. He was a good cyclist - he could have been really good - but he was a wasted talent.

"He was an alcoholic, a manic depressive, quite violent and he took a lot of amphetamines and [sports] drugs back then."