Why John Terry turned down Swansea, West Brom and Bournemouth in favour of Aston Villa move

There was no shortage of suitors once John Terry revealed that he'd be walking away from Chelsea after almost two decades with the club.

Terry officially signed for Aston Villa on a one-year contract on Monday, having come to terms with the fact that he simply couldn't play his way into the first team plans of Blues boss Antonio Conte. 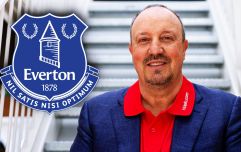 Rafa Benitez 'on the brink' of being named Everton manager

END_OF_DOCUMENT_TOKEN_TO_BE_REPLACED

After 717 games, five Premier League titles, five FA Cups, a Champions League, a Europa League and three League Cups for the club, Terry will be pulling on a different jersey next season.

The legendary defender has dropped down to the Championship to see out his career but that's not to say that Terry didn't have offers from Premier League clubs.

It's understood that West Brom, Swansea and Bournemouth were hoping to bring the 36-year-on board for some of his matchless top flight experience.

Terry undoubtedly still has the ability to compete in the Premier League so why then would he opt to play in England's second tier? Swansea manager Paul Clement has the answer.

“My understanding of the situation is that, with John and his relationship with Chelsea, he was going to find it difficult to be a direct competitor of them in the Premier League,” Clement told talkSPORT. 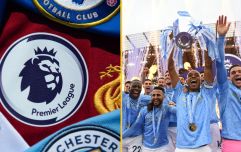 END_OF_DOCUMENT_TOKEN_TO_BE_REPLACED

“John is someone I know very well and have a lot respect for and have a good relationship with. Having known him since he was 16 years old and worked with him as well in the later years when I was an assistant at Chelsea, I understand very well his situation.

“I think he is getting that balance between wanting to continue to play at a good level but at the same time not wanting to pull at his heartstrings really because it was difficult for him leaving Chelsea.”

popular
Uefa to investigate Manuel Neuer over rainbow armband
Uefa stop review of Manuel Neuer's rainbow captain armband
The JOE Friday Pub Quiz: Week 248
England and Scotland fans flimed fighting after "we hate Scotland" chants
QUIZ: Can you name these countries on a map?
A definitive ranking of every swear word from worst to best
Norway decides against boycott of Qatar 2022 World Cup
You may also like
Sport
‘Big Six’ £20m Super League fine labeled an ‘absolute embarrassment’
Sport
If Nuno goes to Everton, he wants to bring Neto with him
Sport
QUIZ: Name all 50 teams to play in the Premier League
Life
Rio Ferdinand tweets message to Wolves fan removed from stadium for racially abusing him
Football
Jurgen Klopp claims Man City wouldn't have won the Premier League with similar injuries to Liverpool
Next Page