'I can assure everyone I would never ever do that'

END_OF_DOCUMENT_TOKEN_TO_BE_REPLACED

The photo, which appeared on Max Meyer's Instagram story, appeared to show Hennessey stretching out his right hand while placing his left hand above his mouth.

The Crystal Palace and Wales goalkeeper has taken to Twitter to explain the photo, which has since been removed from Meyer's story.

"Yesterday evening I had a meal with my team mates and we had a group photograph," Hennessey wrote on Twitter.

"I waved and shouted at the person taking the picture to get on with it and at the same time put my hand over my mouth to make the sound carry. 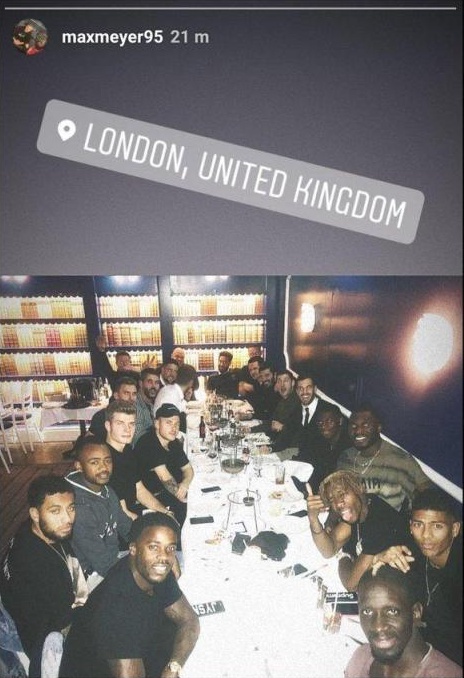 END_OF_DOCUMENT_TOKEN_TO_BE_REPLACED

"It’s been brought to my attention that frozen in a moment by the camera this looks like I am making a completely inappropriate type of salute.

"I can assure everyone I would never ever do that and any resemblance to that kind of gesture is absolutely coincidental. Love and peace Wayne."

Hennessey started Palace's 1-0 victory over Grimsby Town in the FA Cup on Saturday, having recently lost his guaranteed starting place in goal for Roy Hodgson's side, with Vicente Guaita preferred over the past month.