VAR has been involved in some serious controversy since football began adopting the video review system and a curious moment during Real Madrid's game at Valladolid did little to assuage the doubters.

Relegation-threatened Valladolid had two first-half goals ruled out, both scored by Sergi Guardiola, and the first required a VAR check due to a tight offside call. As is now a customary feature of the system, TV cameras switched to the central control room to show the officials going about their work.

Alas, there was no one there. Just an empty office.


Okay, it was actually a mistake. Later on, the actual room containing actual officials was showed as Real Madrid went on to claim a 4-1 win. The damage had already been done for VAR's reputation for some, however, and the system is set to arrive in the Premier League next season. 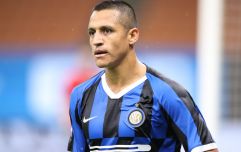 END_OF_DOCUMENT_TOKEN_TO_BE_REPLACED

Sunday's game was hardly plain sailing for Los Blancos, who were forced to warm up in the dark due to a power outage across Valladolid's Estadio Jose Zorrilla. The hosts missed an early penalty and took the league despite the disallowed strikes, before succumbing to a Karim Benzema-led comeback.

Madrid really needed the turnaround too with coach Santiago Solari reportedly under massive pressure following his side's exit from the Copa del Rey and Champions League. They currently sit third, 12 points off rivals Barcelona in the LaLiga title race.


popular
Buying your first house is about to get even more difficult
Manchester United agree terms with Inter Milan for Alexis Sanchez transfer
It was Pierre-Emerick Aubameyang's final but Emiliano Martinez's moment
A must-see Jurgen Klopp documentary on Channel 4 this evening
QUIZ: How much are these meals under the Eat Out To Help Out scheme?
The Rock has bought the XFL for $15 million
A definitive ranking of every swear word from worst to best

You may also like
Quiz
QUIZ: Guess the football TV show from the still image
Sport
Willian in negotiations with Arsenal after turning down contract extension at Chelsea
Sport
Antonio Conte likely to leave Inter Milan after just one season
Sport
Jadon Sancho to Manchester United transfer believed to be very close
Sport
Footballers to be sent off for coughing on an opponent under new rules
Next Page