Well that wasn't quite what the account's followers were expecting. 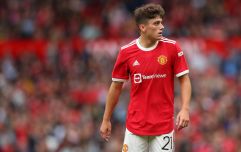 END_OF_DOCUMENT_TOKEN_TO_BE_REPLACED

Supporters' minds went into overdrive, wondering what kind of coup the board had pulled off and which incredible addition was going to arrive at Gresty Road to guarantee the side's safety in League Two.

13 minutes of giddy excitement followed but all hope was dashed in stunning style when the official announcement arrived.

The news was that one of the club's best players, George Cooper, was leaving the club after a deal had been agreed with Peterborough United.

All the best @georgecoopsx 👌⚽#CreweAlex #pufc 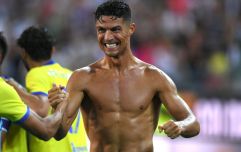 END_OF_DOCUMENT_TOKEN_TO_BE_REPLACED

Cooper has been a mainstay for the Railwaymen this season and is the leading assist-maker in the division thus far, having set up nine goals already in this campaign.

It wasn't quite the announcement that fans were expecting and while it's understandable for clubs to announce the departure of players, the decision to tease the news inspired exactly the kind of reaction you'd imagine.

Hahahahah why build up transfer news when it’s bad and may get us relegated now, look what happened when we sold coco mid season ⬇️⬇️ banter footballclub

Why on earth would you build up the fact you are selling our best player like this? This club is a joke! #CreweAlex #Relegation

Poor. A struggling club teases already despondent fans into thinking there’s a new signing then gets out the bunting and champagne about selling their star man

So you've put out this build up to announce the departure of one of your best players, really?

Serious lack of judgement to state this when we desperately need to bring players in. Did you not think this was misleading the fans? We’d better see the funds from Coops sale to be reinvested into some decent signings.

Why would you build it up in a positive manner and get the fan's hopes up? It's been a bad enough season as it is! #BackTheBoys More like #SackTheSocialTeam #Morons #CreweAlex

why would you build this up hahahahahaha