Sha’Carri Richardson suspended from Olympics after testing positive for cannabis

She was disqualified from the Tokyo 2020 Olympics, issue a month-long ban and had her last win invalidated

US sprinter Sha'Carri Richardson has been disqualified from the upcoming Tokyo 2020 Olympics after she tested positive for having cannabis in her system. The games are just a few weeks away, with the ban meaning she cannot run in her event: the 100-meter sprint. 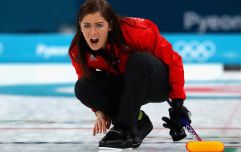 END_OF_DOCUMENT_TOKEN_TO_BE_REPLACED

Richardson was seen as the U.S.'s best contender for a gold medal in the event, having won her previous race at the U.S. Olympic Track & Field Team Trials in Eugene, Oregon last month. As mentioned, this victory has now been invalidated. She gave a candid interview to NBC's Today Show, stating her reasons:

“Don’t judge me, because I am human… I just happen to run a little faster.”

As you can see, Richardson explains her reasons for having used THC - the psychoactive substance in cannabis - the primary reason being that she had recently come out of counselling following the death of her mother.

She goes on to say: "I was trying to hide my pain" and urges other people not to judge her", adding, "I'm you. I just happen to run a little faster." Shortly after the announcement was made, she had this simple statement to make on Twitter.

It is worth reminding that weed is now legal in 19 different states in America and, as Richardson cited, is in no way linked to her performance. Marijuana is categorically not a performance-enhancing drug but is, obviously, banned in athletics outside of Therapeutic Use Exemption (TUE). 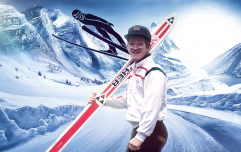 END_OF_DOCUMENT_TOKEN_TO_BE_REPLACED

Drug-doping scandals have played havoc in the background of recent Olympics, especially in Russia, who were themselves banned from this year's games and next year's World Cup. While Richardson expressed her disappointment and acceptance at the situation, she reiterated she will never be involved in doping:

“It's never been a steroid. It will never be a steroid attached to the name Sha'Carri Richardson. The charge and what the situation was is marijuana.”

There is a possibility that Richardson could still be able to compete in the 400-meter relay, which takes place after her suspension ends, but the USA Track & Field (USATF) governing body is yet to confirm this.

USATF said Richardson's suspension was "incredibly unfortunate and devastating for everyone involved", added that they will ensure she has "ample resources to overcome any mental health challenges now and in the future."

The United States Anti-Doping Agency (USADA) had this to say in their own statement on the decision:

“The rules are clear, but this is heartbreaking on many levels; hopefully, her acceptance of responsibility and apology will be an important example to us all that we can successfully overcome our regrettable decisions, despite the costly consequences of this one to her.”

popular
Ukrainian refugee who ran off with dad finally speaks out and blames man's partner for split
Shocking moment lion rips off man's finger after he sticks his hand into zoo cage
Noel Gallagher left 'covered in blood' after headbutt from Ruben Dias’ dad
Liverpool crowned Premier League champions, but only on aggregate
Amber Heard explains why people do not believe her in Johnny Depp trial
Topless mum in her undies rescues pet goose from bald eagle in crazy video
You could be fined £1,000 fine for sharing speed camera locations to friends
You may also like
Sport
How to watch the big events at the Winter Olympics
Sport
Piers Morgan is predictably fuming at Simone Biles being crowned athlete of the year
Sport
Olympic Silver Medalist reveals she was pregnant during Tokyo 2020
News
Olympian banned for 10 years after refusing to face Israeli opponent in Tokyo
News
Sarah Storey becomes Great Britain's joint most successful Paralympian with 16th gold
Next Page