You simply love to see it

Nearly 140,000 fans packed into the various stands at Silverstone to watch Lewis Hamilton seal first place. Though Hamilton's collision with Max Verstappen left fans divided, there is one Formula 1 driver who won the hearts of everyone present on the day.

German legend Sebastian Vettel retired from the race having completed forty laps, but his day didn't end there. Instead of joining the celebrations, he was seen tidying up after the day's enormous crowds had left their rubbish behind.

"Seb is too precious for this world," a Twitter user wrote. "That's my hero!!!! Always doing above and beyond!! Definitely a great person! Love you, Seb!!"

Following a thrilling race which saw F1's top two drivers collide as well as compete, it emerged that Lewis Hamilton had been subjected to vile racist abuse throughout.

Formula One released a statement after the matter, saying: "During, and after, yesterday’s British Grand Prix, Lewis Hamilton was subjected to multiple instances of racist abuse on social media following an in-race collision.

"Formula 1, The FIA and Mercedes-AMG Petronas F1 Team condemn this behaviour in the strongest possible terms. 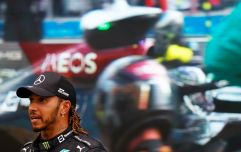 END_OF_DOCUMENT_TOKEN_TO_BE_REPLACED

"These people have no place in our sport and we urge that those responsible should be held accountable for their actions.

"Formula 1, the FIA, the drivers and the teams are working to build a more diverse and inclusive sport, and such unacceptable instances of online abuse must be highlighted and eliminated."

The event has served as a showpiece for how sporting celebrations could look in post-Covid world. It was given the go-ahead as part of the third phase of the Government’s Events Research Programme, set up to test Covid Passports. 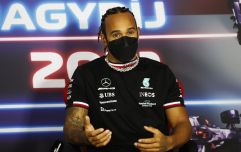 END_OF_DOCUMENT_TOKEN_TO_BE_REPLACED

"I have complete confidence in our ability to run this safely," said Silverstone’s managing director, Stuart Pringle, last Friday.

"For all the challenges we have had with our finances over the last 18 months we are not the type of business that sticks its neck in the noose and rolls the dice, we would not do this unless we believed we could do it.

"If we thought for some reason Public Health England and all the other bodies that have signed off on this in some way had got it wrong or we were not capable of delivering it in a way that complies with their requirements we would not do this."