It's been well documented that West Brom's Saido Berahino didn't have the best of transfer deadline days.

The Baggies' failure to accept an offer for him from Tottenham was good enough reason for the 22-year-old to throw his toys out of the pram and saw Berahino threaten to never play for the club again.

He clearly assumed a move would happen, and it's now emerged that events earlier in the day seemed to have contributed to the spectacular Twitter outburst that followed. 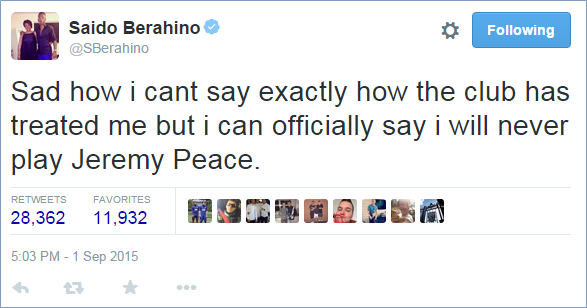 According to a report in the Coventry Telegraph, Berahino feared for his move when it emerged that he had no means to get to White Hart Lane if a bid was accepted.


After being caught drink driving, Berahino was given a 12 month ban. During that time, former West Brom youth teammate Lateef Elford-Alliyu has assumed the role of chauffeur. 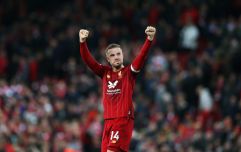 END_OF_DOCUMENT_TOKEN_TO_BE_REPLACED

The problem was that Lateef was undergoing deadline day drama of his own.

As Lateef sat down to finalise his move to Coventry City, he received a frantic incoming call from Berahino who believed that his Tottenham move was a goer.

Eventually, Berahino called back to explain that he wouldn't be going to Spurs after all, meaning Lateef's driving responsibilities didn't prevent him from being sent to Coventry.

At least someone got a happy ending.

You may also like
Sport
Liquid Football: How fame can destroy a footballer's career
Sport
Has Jose Mourinho got his swagger back?
Sport
Jose at Spurs, Roberto's struggles and what players talk about
Sport
Predicting every Spurs player's fate under Jose Mourinho
Sport
Tottenham fans react to the appointment of Jose Mourinho
Next Page