She is facing a possible jail sentence

A roadside spectator, who was responsible for a large pile-up during the Tour de France in June, has gone on trial and is facing a possible jail sentence. 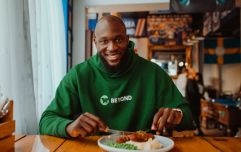 END_OF_DOCUMENT_TOKEN_TO_BE_REPLACED

The collision took place in the first stage of the Tour when the French woman, who has not been named, caused a cyclist to fall and many others to as well as a result of the fall after she held a large cardboard sign which pointed at the television cameras and away from the passing cyclists.

On behalf of the woman, a prosecutor said the unnamed woman felt ashamed of what had happened. She has been accused of involuntarily causing injury and putting the life of others at risk, with a fine and/or a jail sentence a potential outcome.

Romuald Palao, a lawyer for the Professional Cyclists' Association CPA, highlighted the importance of having spectators at events but stressed those watching must also consider the cyclists and remain respectful.

As per Sky Sports, he said: "The public is key to cycling races, it must remain that way, but it must be done with respect for the physical integrity of the riders.

"This case is representative of what can happen with people who want to take centre-stage themselves with pictures, videos. It has to be done with a minimum of common sense and this was not the case there."

The trial took place on Thursday [14 October] in Brest, France and as of yet it remains unknown if the verdict will be delivered straight after the trial has concluded, but the Tour de France had confirmed that they were withdrawing their own lawsuit after they stressed that whilst safety is important, the whole case has been magnified to a greater extent than it needed to be.