As far as solutions go, playing the postponed second leg of the Copa Libertadores final at the Bernabeu was far from perfect. 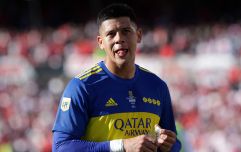 END_OF_DOCUMENT_TOKEN_TO_BE_REPLACED

Initially scheduled to be played at El Monumental last week, the game between Buenos Aires rivals Boca Juniors and River Plate was eventually called off after River supporters attacked Boca's team bus as it approached the stadium.

Since then, CONMEBOL have informed both clubs that they intend to play the game outside of Argentina, with an announcement that it would be played in Madrid made during the week.

The decision to play the game in Madrid - or anywhere other than El Monumental, for that matter - has now been rejected by River, who have released a statement saying it "distorts the competition" and "harms" their fans.

A press release from the club reads:

From the presentation made yesterday, Friday November 30, before the South American Football Confederation (CONMEBOL), River Plate confirms its refusal to change venue. The Club believes that the decision distorts the competition, harms those who acquired their ticket and affects the equality of conditions from the loss of the local condition. 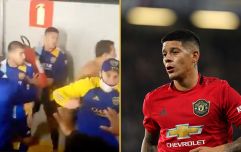 END_OF_DOCUMENT_TOKEN_TO_BE_REPLACED

The following are the reasons why River Plate supports the aforementioned position:

- The responsibility for the failure of the security operation on Saturday, the 24th of this month, which occurred outside the perimeter ring prepared for the event, was, in addition to public and notorious, openly assumed by the highest authorities of the State. This amounts to saying that the events that River Plate regrets - and for which they sympathised in a timely manner - are in no way the responsibility of the club.

- More than 66,000 people attending the stadium waited patiently for about eight hours on Saturday and returned to the stadium for the second time on Sunday. Those same spectators are now denied - unjustifiably - the possibility of witnessing the spectacle, in virtue of the evident difference in costs and the distance proper to the chosen venue.

- It is incomprehensible that the most important Superclásico of Argentine football can not develop normally in the same country that in the days that run a G20 develops. Argentine football as a whole and the Argentine Football Association (AFA) cannot and should not allow a handful of violent ones to impede the development of the Superclásico in our country.