Ferdinand is one of many admirers of the Liverpool centre half

As one of the finest defenders of his generation, Rio Ferdinand is as well qualified as anyone else to pass judgement on just how good Virgil van Dijk is. 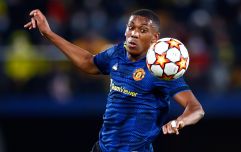 END_OF_DOCUMENT_TOKEN_TO_BE_REPLACED

The former Manchester United centre half was in Bavaria with BT Sport on Wednesday night as the Dutchman and his Liverpool teammates took on Bayern Munich in the Champions League last 16s.

Asked by host Gary Lineker if Van Dijk is currently the best in the world in his position, Ferdinand didn't hesitate:

"At the moment, yeah," he said. "I think there's times in your career as a footballer where you go ' it's impossible for anyone to beat me'. I think he's at that point in his career now."

Lineker then asking if Ferdinand had ever felt that way, the former England international responded: "For about ten years," bringing laughter from all those in the studio.

"There are times in your career when you feel that it is impossible for anyone to beat me."

"For about ten years"

Van Dijk was absent through injury for the first leg of the last 16 game at Anfield last month, where Bayern stifled Liverpool, holding them to a 0-0 draw. 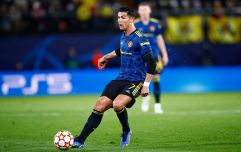 END_OF_DOCUMENT_TOKEN_TO_BE_REPLACED

Liverpool have since lost their hold of top spot in the Premier League, overtaken by reigning champions, Manchester City.

Bayern, meanwhile, have got themselves back into the title race in the Bundesliga. Having trailed Borussia Dortmund for most of the season, Niko Kovač's side are now top on goal difference.