In his latest addition to a long list of terrible opinions, Richard Keys has suggested that Newcastle manager Rafa Benitez pays for his own signings, and even that he could buy the club himself. 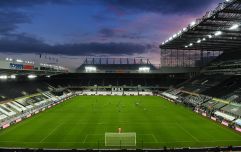 END_OF_DOCUMENT_TOKEN_TO_BE_REPLACED

Keys made the mistake of airing this opinion publicly on Sunday morning after BT Sport pundit Rio Ferdinand had defended Newcastle owner Mike Ashley in the pre-game build up to Chelsea vs Newcastle on Saturday.

Ferdinand angered football fans nationwide when he said that Newcastle fans should be grateful to Mike Ashley for spending £50m when Newcastle were relegated, ignoring the fact that the club recouped £30m by selling Moussa Sissoko, £25m by selling Gini Wijnaldum and a further £12 by selling Andros Townsend.

Ferdinand even claimed that it was Ashley's own money the club had spent.

The former Manchester United defender also defended Ashley's lack of investment by suggesting that signing players for more than £30m was too big a risk because they could get injured, before going on to ensure that he will never be welcome back in Newcastle again when he described them as a 'yo-yo' club.

Keys then came out in support of Ferdinand on Twitter.

"If Rafa loves Newcastle as he says - spend some of his own money. He’s got enough. Management is about teamwork - why should it always be Ashley? Buy it. It’s still for sale. They’re in the bottom 3 & Rafa is responsible. He picks the team."

Well said @rioferdy5 👏👏. If Rafa loves Newcastle as he says - spend some of his own money. He’s got enough. Management is about teamwork - why should it always be Ashley? Buy it. It’s still for sale. They’re in the bottom 3 & Rafa is responsible. He picks the team. 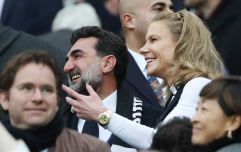 END_OF_DOCUMENT_TOKEN_TO_BE_REPLACED

Just to be clear, Keys is suggesting that if Benitez is not happy with the level of investment Ashley is putting in, he should use his own money to buy players - something that has never, ever happened in top level football before, for good reason.

Alternatively, Keys suggests, why doesn't Rafa just buy the club? Probably because he doesn't have a spare £300 million lying around, and because he is a football manager, not a businessman.

Mike Ashley's net worth is $3 billion.