Three men operating a pirate streaming organisation have been jailed for a total of 17 years for defrauding the Premier League, some of the longest sentences ever issued for piracy-related crimes. 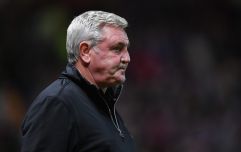 END_OF_DOCUMENT_TOKEN_TO_BE_REPLACED

Trading under the names Dreambox (unincorporated), Dreambox TV Limited, and Digital Switchover Limited, via websites at dreamboxtv.co.uk and yourfootie.com, the three men had provided illegal access to Premier League football to more than 1,000 pubs, clubs, and homes throughout England and Wales. The fraudulent companies earned in excess of £5million through their illegal activity.

The operation used a range of technologies to continue their fraud over the course of a decade. Most recently, the defendants engaged various third parties located in the UK and across Europe to create illegal broadcast streams, which they then sold on to their customers.

Their suppliers included Terry O’Reilly, who was sentenced to four years’ imprisonment in 2016 for a conspiracy to defraud the Premier League and its pay-TV providers. Over the course of the conspiracy, premium content from more than 20 broadcasters around the world was fraudulently obtained and supplied by the defendants.

All of these methods enabled users to view pay-TV without the permission of, and without making any appropriate payment to, the relevant broadcasters and content owners.

In handing down the sentences, the judge described the operation as a “dishonest, dodgy business”.

The defendants’ serious attempts to frustrate broadcasters’ efforts in investigating the fraud, which included the use of logo-blocking and watermarking techniques, was an aggravating feature in the length of sentences. 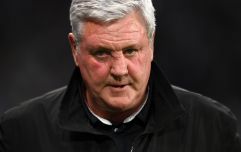 END_OF_DOCUMENT_TOKEN_TO_BE_REPLACED

The judge also condemned “profoundly dishonest” publicans for profiting from the service themselves without paying the broadcasters.

Premier League Director of Legal Services Kevin Plumb said: “Today’s decision has provided further evidence that the law will catch up with companies and individuals that defraud rights owners and breach copyright. The custodial sentences issued here reflect the seriousness and the scale of the crimes.

“Using these services is unlawful and fans should be aware that when they do so they enter into agreements with illegal businesses. They also risk being victims of fraud or identity theft by handing over personal data and financial details.

“The Premier League's investment into cutting edge technology, combined with wide-ranging anti-piracy actions such as the one here today and the continuing landmark blocking injunction, means that it has never been more difficult for football piracy to operate in the UK.”

Kieron Sharp, Director General of FACT, an intellectual property protection organisation in the UK, said: “The result of this case demonstrates that the illegal streaming of, and illegal access to, Premier League football is a serious crime. This was a criminal enterprise whose only function was to make money from defrauding the Premier League and the legitimate broadcasters. 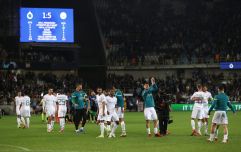