"The narrative needs to change and this is a start..."

The PFA have officially launched a new mentoring initiative which forms part of a five-year strategy aiming to increase the number of Asian players within professional football.

The Asian Inclusion Mentoring Scheme (AIMS) has been piloted since the early weeks of last season and provides a structured support network for young players of Asian heritage, allowing them access to guidance and advice from a group of current and former players.

Despite Asian and Asian British people forming nearly 7.5% of the British population, the fact they are under-represented in professional football has been well documented in recent years. Only eight players made first-team appearances across England's top four divisions last season. While there is cause for optimism at the all-time high Asian representation in professional football this year (with 15 players on professional contracts and nine scholars within the system), the figure is still extremely low.

The likes of Danny Batth, Malvind Benning, Neil Taylor, Otis Khan, Zesh Rehman, Anwar Uddin and Easah Suliman are working with the PFA as part of the new scheme.

Player Inclusion Executive, Riz Rehman, has facilitated meetings and workshops which have allowed the youngsters and their parents and guardians unique access to the senior players, who have taken on the role of mentors. Young players have also been encouraged to contact the mentors on a less formal, one-on-one basis, whenever support is needed.

"Historically, Asian players and their parents/guardians have not had the networks in the game to help them navigate the academy system," says Riz Rehman. "Connecting them to those who have lived their experiences will ultimately give them the confidence to believe that it is possible for their son or daughter to have a professional playing career.

"Throughout their careers, the senior players involved in our AIMS initiative have frequently been asked by media to comment on the under-representation of Asian players in football but have never been offered the opportunity to actively get involved and make a change.

"For the last 25 years we've heard the same lazy stereotypes labelled against Asian players, but no one talks about the positive contribution these players have made to the game, or their achievements. 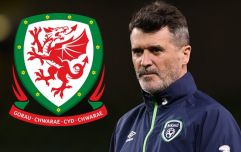 END_OF_DOCUMENT_TOKEN_TO_BE_REPLACED

"The narrative needs to change and this is a start. Connecting these players together and having a player-led approach through a peer-to-peer nature can only be of benefit to all involved."

"Growing up I didn’t have the opportunity to tap into any mentoring from experienced players," says Stoke defender, Danny Batth. "My support network was simply my family and friends, so now I am delighted to be able to support academy players and their parents from similar backgrounds on their journey into the game.

"Working alongside the PFA I am able to share some experiences, set-backs and things I have learnt which I hope will help to progress the careers of these young players."

Aston Villa defender Neil Taylor also pledged his support for AIMS: "It’s what’s needed from the bottom going up. The mentoring is the bare minimum we can do for the upcoming players as we’ve had a career in the game. Less than 1% make it right to the top and it’s important we instil the right mentality to the players from a young age.

"I’ve been talking to the scholars, academy players and their parents on this programme about the player pathways and some of the potential pitfalls they may face along the way.

"If we are to make a mark, and send the right messages to those who want to take up football as a career, this is a step in the right direction and it hasn’t been done before."

popular
TOWIE star Mark Wright is officially the worst player on FIFA 21
'That Vegan Teacher' banned from TikTok after 20,000 people sign petition to remove her
A definitive ranking of every swear word from worst to best
Sarah Harding gives new update to fans during cancer battle
Donald Trump's star 'to be permanently removed' from Hollywood Walk of Fame
Princess Anne: Harry and Meghan were right to quit royal duties
Here's how to see who's been taking screenshots of your Instagram Stories
You may also like
Sport
Seamus Coleman finally speaks about THAT phone call with Neil Taylor
Sport
Outrage as Neil Taylor receives short ban for that tackle on Seamus Coleman
Sport
Jamie Carragher refuses to vilify Neil Taylor for breaking Seamus Coleman's leg
Sport
Here's how Neil Taylor reacted to confirmation that he had broken Seamus Coleman's leg
Sport
It doesn't matter what kind of player Neil Taylor is, Seamus Coleman has a broken leg
Next Page