That was not the debut he was hoping for.

Tony Adams' first game in charge of Granada took place on Sunday night as his side hosted Celta Vigo at Los Carmenes. Truth be told, it wasn't the debut that he was hoping for.

Granada succumbed to a 3-0 defeat as a goal in the first half, combined with two more after the break, have left Adams' side seven points from safety with only six games remaining. 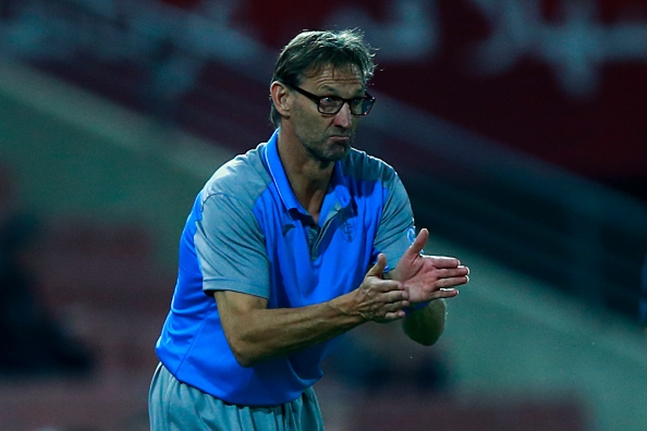 END_OF_DOCUMENT_TOKEN_TO_BE_REPLACED

It always takes time for a new manager to get his message and ideology across to the players but time isn't a luxury that the Arsenal icon has. Granada are deep in a relegation dogfight and games are running out.

If the club were hoping for the initial 'bump' of an improved result, it didn't happen.

END_OF_DOCUMENT_TOKEN_TO_BE_REPLACED

It's worth noting that Celta Vigo are a very accomplished side that have beaten Barcelona, Shakhtar Donetsk, Panathinaikos and Valencia this season - they also held Real Madrid to a draw in the Copa Del Rey - but Adams didn't get much sympathy after the 3-0 defeat.

The former Wycombe Wanderers and Portsmouth manager will be targeting future games against Osasuna, Espanyol and Malaga as opportunities to pick up points - you can probably forget about their fixtures against Real Madrid and Sevilla.

Nevertheless, as much as it is still possible for Adams to rescue the situation, observers on social media don't seem that confident.

Tony Adams is basically there for a holiday

Tony Adams has suffered his first loss!! Picked up where Neville left in Spain. They're heroes until they are given the actual job!!

Of course Granada lost. The way Tony Adams was animated you'd expect the performance to be nothing short of comedic

The Tony Adams revolution is in full swing I see

popular
Brit on holiday beaten with a brick by gang before being thrown in the sea unconscious
Premier League player arrested on suspicion of rape facing two more allegations
Conspiracy theorists believe the world will end today - here's why
Men with ‘very large penises’ wanted for new documentary
Dad who ran off with Ukrainian refugee says couple are doing 'brilliantly' - but he can't see his kids
British schoolboy breaks internet after attending prom in sequined tuxedo ballgown
Teens are turning up to watch Minions in suits - and why cinemas have been forced to ban them
You may also like
Sport
Real Betis publicly call out refereeing 'disgrace' in draw vs Rayo Vallecano
Sport
Valencia could be fined over tweet about Real Madrid refereeing decisions
Sport
Inaki Williams stands up for younger brother after a rash challenge
Football
Miralem Pjanić rubs salt in the wounds after Koeman sacking
Sport
Barca receive £1.2bn offer from Dubai company to write off club debt
Next Page