Don't even waste your time guessing.

END_OF_DOCUMENT_TOKEN_TO_BE_REPLACED

While, during his spell in Italy, he played alongside Roberto Carlos, Giuseppe Bergomi and Javier Zanetti for Inter Milan.

However, according to the former England captain, none of them can hold a candle to one man: 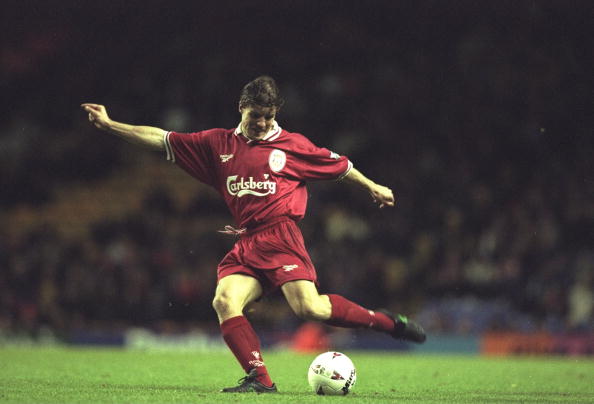 END_OF_DOCUMENT_TOKEN_TO_BE_REPLACED

And apparently one of the game's greats, according to Ince.

"Stig Inge Bjornebye was arguably the best player I ever played with," Ince reportedly said at a book launch in Norway.

We can only assume Ince was either attempting to charm the local audience, or had his tongue firmly planted in his cheek as he made the comment. Or that Bjornebye was the best Scandinavian football he played alongside.

Or maybe Ince was arguing that Bjornebye is the best footballer he played with in the way you can argue Donald Trump would make a good President of the United States?

In the sense that you could argue the point, but that doesn't make it true.

Or maybe Google translate has had a serious malfunction?

Unless it's time to re-evaluate the career of "the Stig"?

@m_christenson about time, for years he's been crying out for recognition,move over Messi & Ronaldo, The Stig is who kids should look up too

popular
Men with ‘very large penises’ wanted for new documentary
Brit on holiday beaten with a brick by gang before being thrown in the sea unconscious
Towie’s Yazmin Oukhellou and Jake McLean had ‘furious row in Turkish club’ minutes before horror crash, report claims
Premier League player arrested on suspicion of rape facing two more allegations
British schoolboy breaks internet after attending prom in sequined tuxedo ballgown
Teens are turning up to watch Minions in suits - and why cinemas have been forced to ban them
July 4 shooter: Chicago suspect fled the scene in women’s clothes and planned attack for weeks, police say
You may also like
Sport
Cristiano Ronaldo could be headed to Chelsea in sensational Premier League switch up
Sport
Ralf Rangnick suggested selling Cristiano Ronaldo in January, but club hierarchy blocked it
Sport
Cristiano Ronaldo will not return to Manchester United training on Monday
Sport
Cristiano Ronaldo wants to leave Man United and the club shouldn't stand in his way
Sport
Cristiano Ronaldo to Wrexham is on as Rob McElhenney expresses interest
Next Page