Peter Kenyon, previously of Chelsea and Manchester United, has his sights set on Newcastle 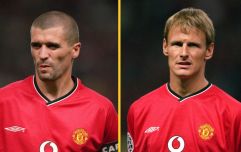 END_OF_DOCUMENT_TOKEN_TO_BE_REPLACED

The British businessman served as the chief executive of the Red Devils during a hugely successful financial period for the club between 1997 and 2003, in which they massively increased their global brand.

Kenyon was also said to have been instrumental in convincing then-manager Sir Alex Ferguson to stay at the club, having initially announced his intention to retire in 2002.

He went on to join Chelsea immediately after leaving United, where he stayed for six years.

According to a report by Sky News, Kenyon has recently approached a number of potential financial about the prospecting of working together on a deal to acquire the club from its current owner, the hugely unpopular Mike Ashley.

END_OF_DOCUMENT_TOKEN_TO_BE_REPLACED

New York-based investment firm Rockefeller Capital Management, which only opened for business in March of this year, is believed to be one of the groups working with Kenyon on a potential deal.

Mike Ashley has been owner of Newcastle United since buying the club for a fee thought to be close to £135 million in 2007. His time in charge of the club has been one which has seen the Magpies tighten their purse strings and one which has seen widespread discontent and protests from the club's supporters.

The club have been relegated from the Premier League twice during his 11-year tenure at the club.

Kenyon is reported to have already held preliminary talks with Ashley, in his current role as director of sports consultancy firm Opto Advisers.