Neil Taylor went to win the ball from Seamus Coleman, and do so with force, but he made a mess of it and left the Ireland captain in a crumpled heap.

END_OF_DOCUMENT_TOKEN_TO_BE_REPLACED

Coleman's leg snapped on impact and he was out of football for the guts of a year as he rehabbed and battled back, for Everton and then Ireland. Taylor was aware of the damage he had inflicted on Coleman as soon as it happened and was distraught in the Wales game after the game finished. Wales teammate Ashley Williams recalled:

"It was just a weird feeling from everyone around the dressing rooms. Even people who don’t know Seamus like I do were gutted. Neil Taylor was completely gutted. He was sitting on the floor virtually in tears. He asked me to check if it would be okay to go to see Seamus in hospital. He got his number off me and sent him a text straight away."

Taylor, who had suffered a bad leg break earlier in his career, had earlier sought to go the Ireland dressing room to get the latest on Coleman, who had been brought to the hospital.

In an Irish Examiner interview with James Candy, Taylor recalled how he had went to the Ireland dressing room to find Martin O'Neill or an Irish teammate of Coleman's 'to say how sorry I was for what had happened'. He also wanted to know what hospital had been taken to so he could apologise in person. He commented:

"In my mind, I wanted to see him and apologise, but I remember Roy Keane came out, and he was great with me.

"He said, 'Listen, I’m not someone who can lecture you on tackles, with the history of my career. It’s football, it’s what happens, you have to take what comes with it now and answer all the questions. The only consolation I give you is that Seamus is a player that gets fouled all the time'." 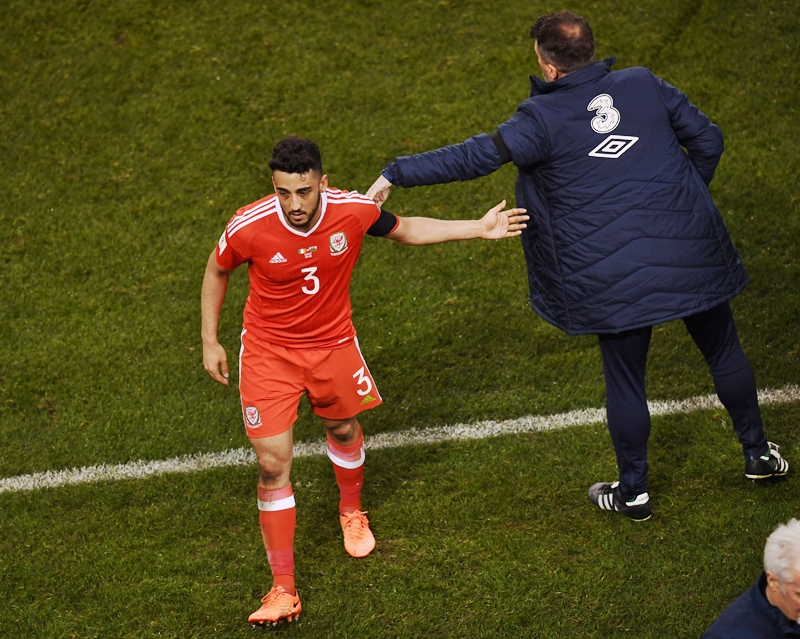 END_OF_DOCUMENT_TOKEN_TO_BE_REPLACED

Given Keane's reputation for being a fiery character, and the current stories about his raging rows with Ireland players Harry Arter and Jon Walters, it seems as if he was one of the calmest Irishmen at the Aviva Stadium that night.

As for a meeting between Coleman and Taylor in the Uefa Nations League, that will have to wait. He was initially named in the Wales squad for the game but withdrew, and was replaced by Newcast;e's Paul Dummett.