Jose Mourinho knows this all too well, which is exactly why he turned up for his Friday morning press conference armed with a bunch of facts about Marcus Rashford.

Rashford scored both of England's goals over the international break - one in the defeat to Spain at Wembley; the other in the win over Switzerland in Leicester. Because of this, it's prompted some debate around how much playing time the 20-year-old is / should be getting at Manchester United.

Jamir Carragher was one of those to have his say, suggesting that Rashford might have to leave United in order to become a "world-class" player.

Mourinho, however, has hit back, reeling off a string of stats to prove that the striker has had his fair share of playing time at Old Trafford. 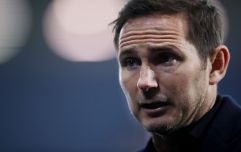 END_OF_DOCUMENT_TOKEN_TO_BE_REPLACED

"So with me, in two seasons, he had 105 appearances, 5,774 mins, 63.7 matches of 90 minutes, including five finals, so the people that are speaking about these minutes, I think they are a bit confused."

He continued by likening Rashford's record with those of several other young English footballers.


popular
Newcastle United sign bricklayer mate of Allan Saint-Maximin... no, really
Can you get full marks in our very tricky 2000s football quiz?
You'll have to be an old-school fan to get 20/20 in this 1990s footballers quiz
Khabib Nurmagomedov only lost two rounds during his entire UFC career
Can you name every top European football club that begins with 'A'?
The JOE Pub Quiz: Week 214
Conor McGregor pays tribute as Khabib retirement blows division wide open